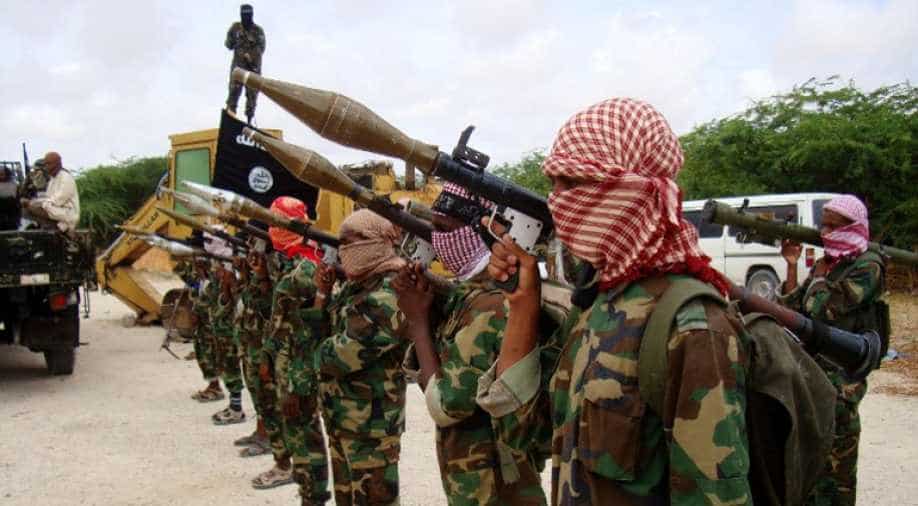 The insurgents used car bombs in the assault on a military base in Galmudug's Wisil town, located in central Somalia, triggering a fight with government troops and armed locals, Major Mohamed Awale, a military  officer in Galmudug said

An estimated 30 people died on Sunday when Somalia's Islamist al Shabaab group launched an attack in a town in the country's semi-autonomous state of Galmudug, a security official said.

The insurgents used car bombs in the assault on a military base in Galmudug's Wisil town, located in central Somalia, triggering a fight with government troops and armed locals, Major Mohamed Awale, a military  officer in Galmudug said.

"They attacked the base with two car bombs and fierce fighting that lasted over an hour followed," he said.

"The car bombs damaged the military vehicles...residents were well armed and reinforced the base and chased the al Shabaab."

Thirty people, including 17 soldiers and 13 civilians, died in the fighting, Awale said.

The al Qaeda-allied al Shabaab has been fighting in Somalia for more than a decade to try to topple the country's central government and establish its own rule based on its strict interpretation of Islamic sharia law.

Fighters from the group frequently carry out gun and bomb assaults on a range of both civilian and military targets including busy traffic intersections, hotels and military bases.

During the attack that lasted about an hour, Abdullahi Mohamed, a resident in Wisil said he and others had 'crept and slept on the ground,' and added he had personally seen about 30 people injured in the assault.

The Somalia government condemned the attack and said 41 al Shabaab fighters had been killed in the fighting as both the military and armed residents pursued the assailants, according to a statement posted on the website of the Somalia state news agency, SONNA.

Those injured in the attack, the statement said, had been airlifted to the capital Mogadishu for treatment.

Al Shabaab claimed responsibility for the attack via a statement on its Radio Al Andalus and said its fighters had killed over 30 soldiers and injured over 40 others.