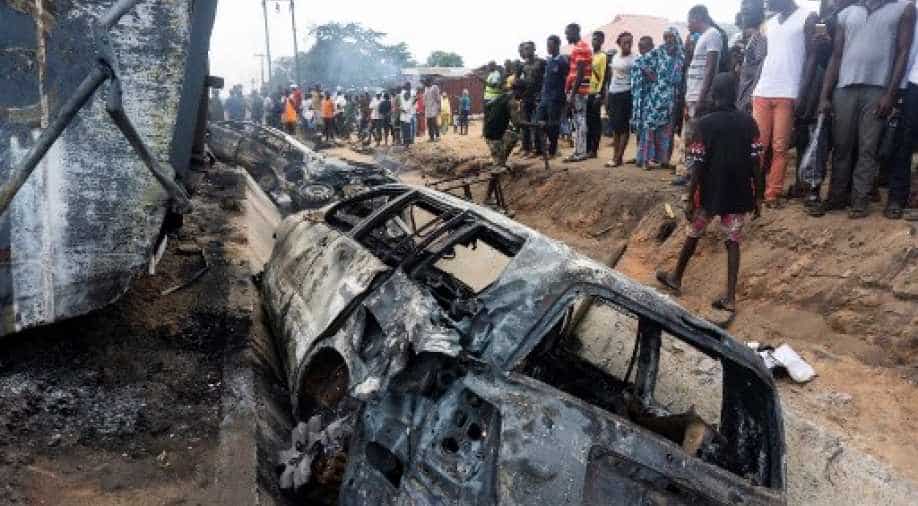 Several other vehicles including the bus caught fire leading to chaos on the street as officials struggled to get the situation under control.

At least 23 people were killed in Nigeria after a truck carrying petrol overturned and caught fire on a busy road on Thursday.

"The death of 23 people as confirmed by the Federal Road Safety Commission, represents another disturbing and saddening incident in the litany of tragedies that have befallen our country," President Buhari said, adding, "I am seriously worried about the frequency of these unfortunate and large scale tragedies in the country which cause needless deaths."

Buhari urged drivers to comply with safety regulations as reports claimed the bus was carrying students from the state polytechnic who were reportedly killed after the bus skidded off the road and caught fire.

"It is very sad to learn of the tragic loss of lives, many vehicles, property and other valuables in the petrol tanker fire,"  Yahaya Bello, the state governor said while offering sympathies to the students at the polytechnic.

Several other vehicles including the bus caught fire leading to chaos on the street as officials struggled to get the situation under control.

Arabs favour Biden over Trump in US election, poll says

UK police deal with incident aboard tanker off English coast