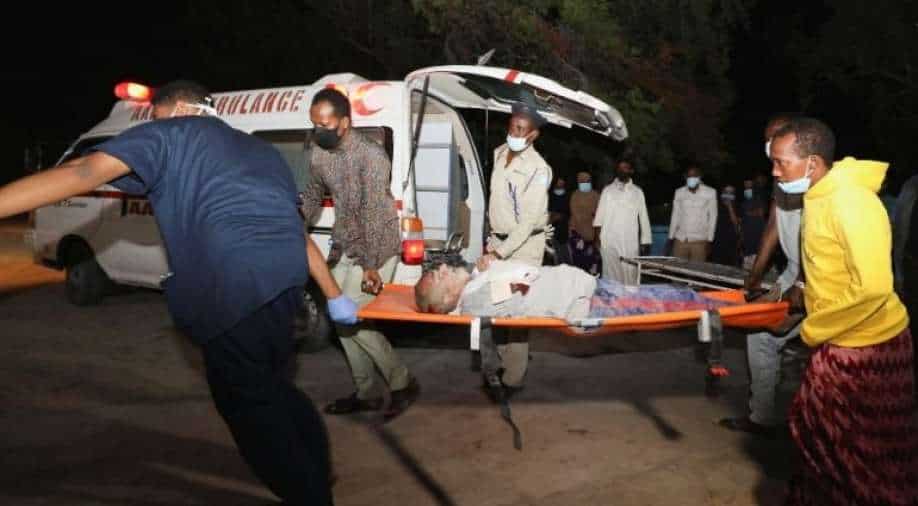 The blast sent plumes of smoke into the sky and triggered gunfire, witnesses and state-owned media reported

At least 20 people were killed and 30 wounded by a suicide car bomb just outside a restaurant near the port in Somalia`s capital Mogadishu late on Friday, an emergency services official said.

The blast sent plumes of smoke into the sky and triggered gunfire, witnesses and state-owned media reported.

"So far we have carried 20 dead people and 30 injured from the blast scene," Dr. Abdulkadir Aden, founder of AAMIN Ambulance services told Reuters.

The blast occurred at the Luul Yemeni restaurant near the port, witnesses said.

"A speeding car exploded at Luul Yemeni restaurant. I was going to the restaurant but ran back when the blast shook and covered the area with smoke," resident Ahmed Abdullahi, who lives near the site, told Reuters.

Somalia`s state-controlled Radio Mogadishu reported there was also destruction of property and that police had cordoned off the area.

No one claimed responsibility for the blast.

Islamist group al Shabaab frequently carries out such bombings in Somalia and elsewhere as part of its campaign to topple the Horn of African country`s central government and establish its own rule based on its strict interpretation of Islamic sharia law.