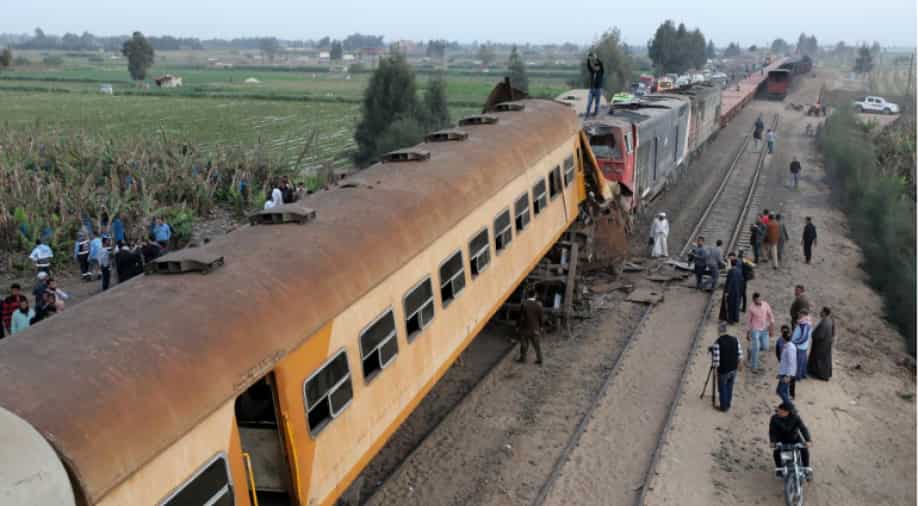 Two passenger carriages separated from one train and collided with a cargo train. Photograph:( Reuters )

At least 15 people were killed and 40 others were injured in a train crash on Wednesday in Egypt's northern province of Beheira, the official news agency MENA said, citing the transport ministry spokesman.

Two passenger carriages separated from one train and collided with a cargo train, the provincial security director told MENA.

Prime Minister Sherif Ismail ordered the transport minister to visit the scene and take action as details of the causes of the accident emerge, a cabinet statement said.

Egyptians have long complained that successive governments have failed to enforce basic safety standards for the railways. A string of crashes have further inflamed public anger over the antiquated transport network.

A collision in August killed 42 people and injured more than 100 people.