At least 10 dead in Brazil landslide 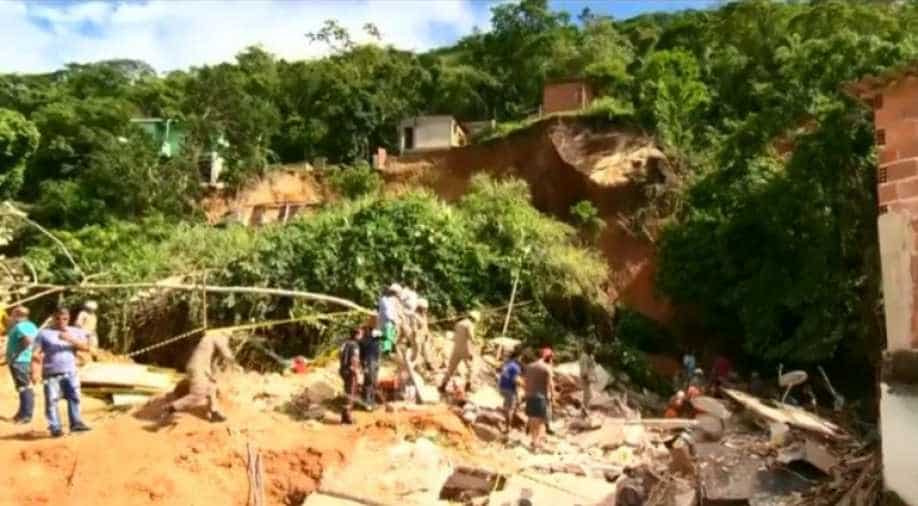 Emergency workers were notified of the landslide at just after 4am (0600am GMT). Photograph:( Reuters )

At least ten people were killed in Rio de Janeiro on Saturday (November 10) morning after a landslide in the Niteroi area outside the city's downtown, officials reported.

According to rescuers, nine homes and a local business were affected by the landslide following days of heavy rain. 11 people have been rescued alive from the rubble, amongst them a baby. However, at least four people are still missing.

Emergency workers were notified of the landslide at just after 4am (0600am GMT).

Landslides are common in Rio de Janeiro. Many residents live in hilly areas of the state, often building homes without authorisation.