ASEAN countries walk back on statement on South China Sea 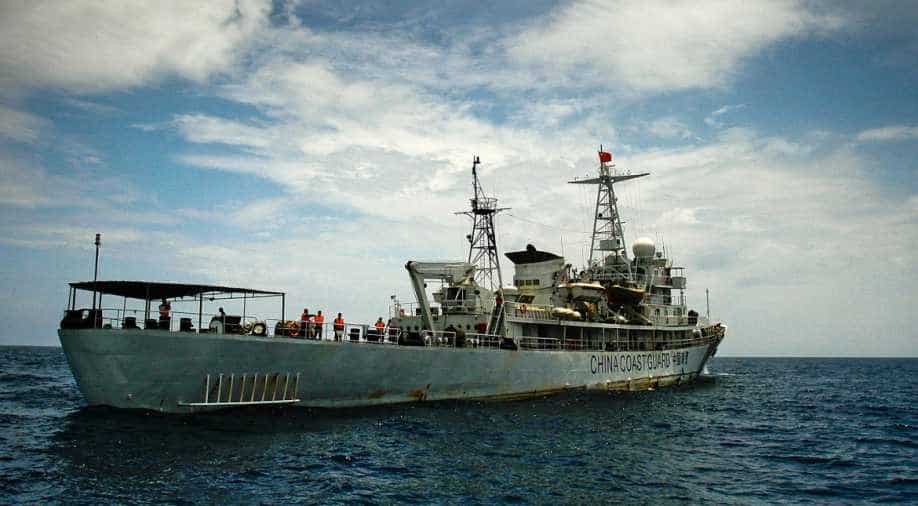 Beijing waged a months-long campaign to discredit the arbitration panel, which it says has no jurisdiction in the multinational dispute, and it refused to take part in the case. Photograph:( Getty )

Follow Us
Southeast Asian countries withdrew a statement that expressed the region's deep concerns over rising tensions in the disputed South China Sea, where China has been involved in territorial disputes.

The strongly-worded statement by the Association of Southeast Asian Nations (ASEAN), released by the Malaysian foreign ministry, did not name China directly but warned against raising tensions in the contested waters, where Beijing has been building artificial islands and increasing its military presence.

"We expressed our serious concerns over recent and ongoing developments, which have eroded trust and confidence, increased tensions and which may have the potential to undermine peace, security and stability in the South China Sea," said the statement, which was issued following a meeting in the Chinese city of Kunming between ASEAN and China's foreign ministers.

But just hours later, a Malaysian ministry spokeswoman recalled the statement, saying "urgent amendments" needed to be made and an updated version would be distributed.

However, no updated joint statement was later issued and the spokeswoman said countries would now issue individual statements.

China lays historical claim to most of the South China Sea, with its Nine Dash line stretching deep into the maritime heart of Southeast Asia, covering hundreds disputed islands and reefs, rich fishing grounds and oil and gas deposits. The Philippines, Vietnam, Malaysia, Taiwan and Brunei have overlapping claims over the region, through which trillions of dollars in ship-borne trade passes every year.

Ian Storey, an analyst at Singapore's Institute of Southeast Asian studies (ISEAS), said the retraction of the initial statement showed the lack of unity between ASEAN members on the South China Sea disputes.

"The initial statement repeated ASEAN’s existing concerns over China’s artificial island building and the militarization of the dispute, but also countered China’s position that the dispute should be settled by the parties directly concerned and that it is not an issue between ASEAN and China."

"Perhaps this proved too much for some of the member states and the statement was withdrawn," Storey said.

The ASEAN-China meeting was held ahead of a ruling by the Permanent Court of Arbitration in The Hague on a case brought by the Philippines contesting Beijing's claims in the South China Sea.

China has refused to recognise the case and says all disputes should be resolved through bilateral talks. The case has become the centre of an international diplomatic arm wrestle, with the United States and its allies insisting on international law be obeyed and China saying it has widespread support for its position, including from some ASEAN members.

Vietnam's ministry of foreign affairs, in a statement on the Kunming meeting, made no reference to the earlier ASEAN statement but echoed its concerns over increased military build-up in the South China Sea, "especially the large-scale accretion and embellishment and construction of the reefs, the militarization of the artificial islands and actions of sovereignty claims that are not based on international law.”

Singapore and Indonesia, meanwhile, took a softer tone calling on ASEAN and China to "continue working together to maintain the peace and stability of the South China Sea."

An Indonesian foreign ministry spokesman said the initial statement was a "media guideline" which had been prepared for a planned press conference for the conclusion of the meeting.

"However because of the meeting dynamics where the meeting extended a few hours past schedule, the press conference was cancelled and a number of ASEAN FM had to leave immediately," Armanatha Nasir said.