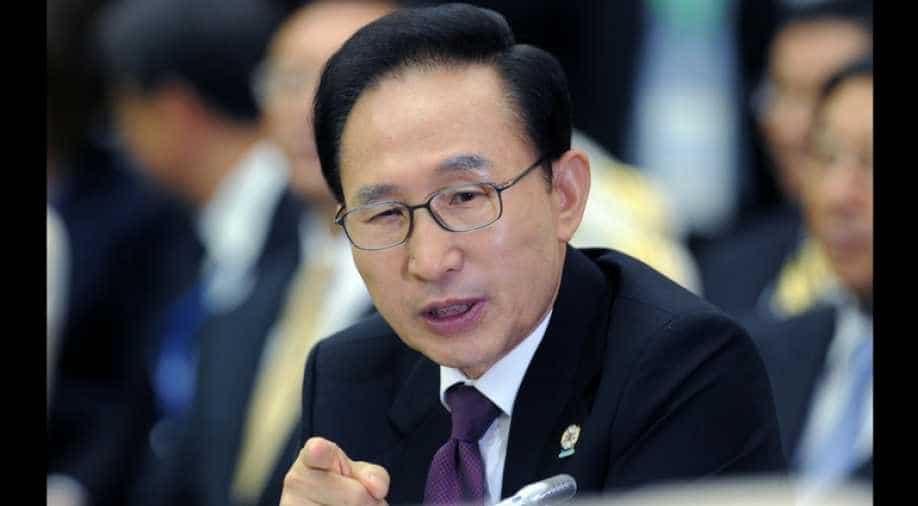 The 76-year-old, who served from 2008 to 2013, is the latest of several ex-leaders to be embroiled in a criminal inquiry and is being investigated for multiple cases of bribery amounting to millions of dollars.

Prosecutors had raised fears he may destroy evidence if not detained. Yonhap reported that if convicted of all the allegations he could be jailed for up to 45 years.

Lee, who has denied most of the accusations he faced, will be the fourth surviving former South Korean leader to be detained over corruption.

The allegations against Lee include claims that the Samsung Group bought a presidential pardon in 2009 for its chairman Lee Kun-hee, who had been convicted of tax evasion and given a suspended jail sentence.

Lee is also accused of accepting millions of dollars from a former CEO of a state-financed banking group for helping him assume the post.

In addition, the businessman-turned-politician is accused of receiving $100,000 in off-book funds from the state spy agency and embezzling millions of dollars from an auto parts company he is said to own under the names of his relatives.

The conservative ex-leader has denounced the investigation as "political revenge" by his rivals.

All four former South Korean presidents who are still alive have been convicted, charged or investigated for criminal offences.

Lee's predecessor Park Geun-Hye is currently in jail pending a verdict in her bribery trial after being impeached last year over a corruption scandal. Prosecutors have demanded 30 years in jail.

Chun Doo-hwan and Roh Tae-woo, former army generals who served through the 1980s to early 1990s, served jail terms in the 1990s for corruption and treason after leaving office.

Both Chun and Roh received presidential pardons after serving about two years.