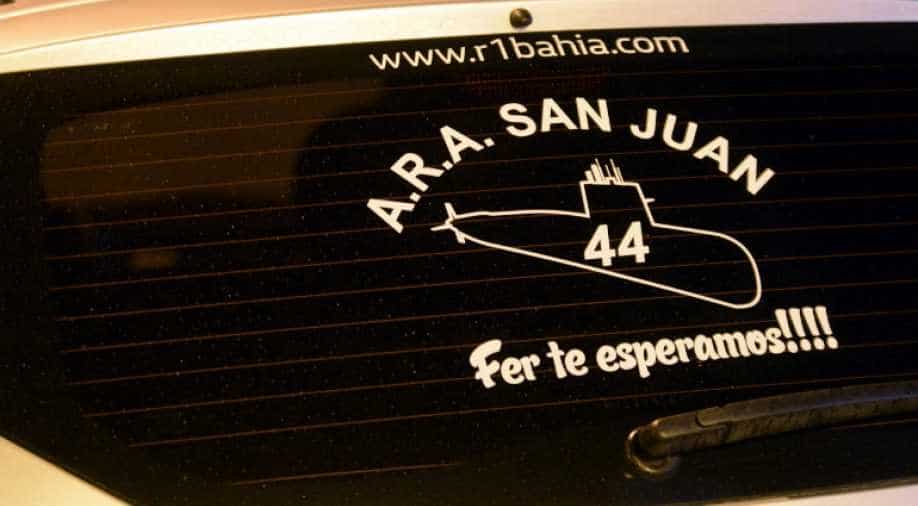 The submarine ARA San Juan had a seven-day supply of air when it last reported its position on November 15, 2017. It was found some 800 meters (2,625 feet) below the ocean's surface by a marine tracking contractor Ocean Infinity.

The Argentine navy submarine that was located a year after it disappeared in the Atlantic Ocean suffered an implosion, a senior official said Saturday.

"It appears to be complete, but it obviously imploded," Gabriel Attis, head of the Mar del Plata naval base, told reporters.

The Argentine Navy submarine that went missing a year ago off the country's Atlantic Coast was found by a private company involved in what had been a massive search for the vessel and its 44-member crew, the Navy announced by tweet on Saturday.

The submarine ARA San Juan had a seven-day supply of air when it last reported its position on November 15, 2017. It was found some 800 meters (2,625 feet) below the ocean's surface by a marine tracking contractor Ocean Infinity.

The disappearance gripped the nation's attention as the government struggled to provide information about the tragedy.

At the time of the disappearance, the Navy said water that had entered the submarine's snorkel caused its battery to short-circuit. Naval officials said international organizations helping to search for the missing vessel a year ago detected a noise that could have been the submarine imploding.

Hopes of rescuing survivors faded about two weeks after the submarine went missing. The navy said it searched for double the amount of time the submarine would have had oxygen.

The first anniversary of the submarine's disappearance was marked with an event at the Mar del Plata naval base on Nov. 15, with President Mauricio Macri in attendance.

The crew had been ordered to return to Mar del Plata on the country's east coast. But the vessel was never heard from again.

Ocean Infinity, a US company that can search and map the seabed, was hired by Argentina following the failure of a international operation to find the vessel after it went missing in the South Atlantic.

The San Juan was some 430 km (270 miles) off Argentina's Patagonian coast when it sent its last signal.

The disaster spurred soul-searching over the state of the military in Argentina, which - after a series of financial crises - has one of Latin America's smallest defense budgets relative to the size of its economy.

Subs are used to patrol sovereign maritime areas throughout South America and can transform themselves into a lethal threat to potential adversaries.

Argentina learned a harsh lesson of submarines' military value during the 1982 Falklands War, when a British sub sank the ARA General Belgrano cruiser. It was the only major ship Argentina lost in the war over the disputed Falkland Islands, which Argentina calls the Malvinas.