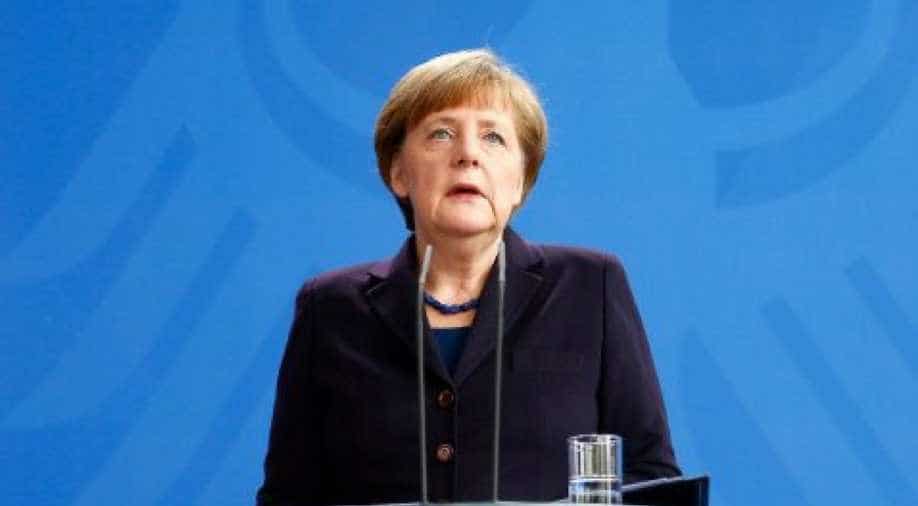 In the turbulent times of Trump, Brexit and multiple global crises, 63-year-old Merkel has become the bedrock in a country concerned with maintaining its enviable growth and employment rates. Photograph:( Reuters )

Angela Merkel has been derided as Europe's "austerity queen", cheered as a saviour by refugees and hailed as the new "leader of the free world".

But as the pastor's daughter raised behind the Iron Curtain heads toward a likely fourth term at the helm of Europe's biggest economy, many Germans simply call her the "eternal chancellor".

"Mutti" (Mummy) Merkel, with her pragmatic, modest and reassuringly bland style, has perfected the art of staying in power in a wealthy, ageing nation that tends to favour continuity over change.

In the turbulent times of Trump, Brexit and multiple global crises, the 63-year-old has become the bedrock in a country concerned with maintaining its enviable growth and employment rates.

If there is one conviction Merkel holds dear, it is a lesson from her upbringing in communist East Germany -- a firm belief that Germany and Europe must stay competitive and debt-free in a rapidly changing global economy.

Germans have thanked her by keeping her in power ever since she became their youngest and first female chancellor in 2005, a contemporary of long-gone leaders George W. Bush, Tony Blair and Jacques Chirac.

Seemingly devoid of vanity and indifferent to the trappings of power, she lives in a Berlin flat with her media-shy scientist husband Joachim Sauer, shops in a local supermarket and spends holidays hiking in the Alps.

When international newspapers, after Trump's surprise victory last year, declared Merkel the new torch-bearer of liberal democracy, she waved off the accolade as "grotesque and absurd".

Though frequently criticised for sitting out tough challenges, Merkel has punctuated her reign with bold and surprising decisions -- from scrapping nuclear power after the 2011 Fukushima disaster to opening German borders to more than a million asylum seekers since 2015.

The migrant influx cost her dearly, both with voters and EU neighbours, and led many to predict her demise.

But as the number of new arrivals eased off and her government pushed through tougher asylum policies, her poll ratings have edged back up to pre-crisis levels.

So strong is her support that German media reports tend to ridicule her centre-left challengers as luckless operators on political suicide missions, destined to be roadkill as the Merkel juggernaut powers forward.

Merkel herself usually refuses to mention her rivals by name or engage in spirited political dialogue, lending a slightly dreamy atmosphere to recent election campaigns and infuriating her shadow-boxing opponents.

Martin Schulz, her temperamental challenger, lashed out in June, labelling Merkel's apparent tactic of keeping politics as unexciting as possible "an attack on democracy" -- a comment that earned him stern rebukes from legions of the chancellor's supporters.

But many political commentators also charge that Merkel has plunged Germany into an apolitical slumber while seeming to grow ever more remote.

Der Spiegel's Alexander Osang recently labelled her the "woman in amber", as impenetrable "as a sphinx, diva or queen", whose speeches were akin to "mass hypnosis".

Merkel was born Angela Dorothea Kasner in 1954 in the port city of Hamburg.

Weeks later her father, a leftist Lutheran clergyman, moved the family to a small town in the communist East at a time when most people were headed the other way.

Biographers say life in a police state taught Merkel to hide her true thoughts behind a poker face.

Like most students, she joined the state's socialist youth movement but rejected an offer to inform for the Stasi secret police while also staying clear of risky pro-democracy activism.

A top student, she excelled in Russian, which would later help her keep up the dialogue with President Vladimir Putin, who was a KGB officer in Dresden when the Berlin Wall fell in 1989.

During that momentous upheaval, Merkel joined the nascent Democratic Awakening group, which later merged with the Christian Democrats of then-chancellor Helmut Kohl, who fondly if patronisingly dubbed Merkel his "girl".

But Merkel's mentor was not the last politician to underestimate her and pay the price.

When Kohl became embroiled in a campaign finance scandal in 1999, Merkel openly urged her party to drop the self-declared "old warhorse".

The move, which has been described as "Merkelvellian", kicked off her meteoric rise.

As an outsider, she remade the Christian Democratic Union, anchoring it in the political centre by pushing progressive social policies, abolishing compulsory military service and scrapping nuclear power.

She emerged as Europe's go-to leader during the sovereign debt crisis, though she was derided as a puritanical "austerity queen" in crisis-wracked southern countries.

A decade on, she is still there, and her reign may yet exceed that of her one-time mentor Kohl, especially as no serious challenger from within her party has managed to emerge so far.