And that all Muslims are not terrorists 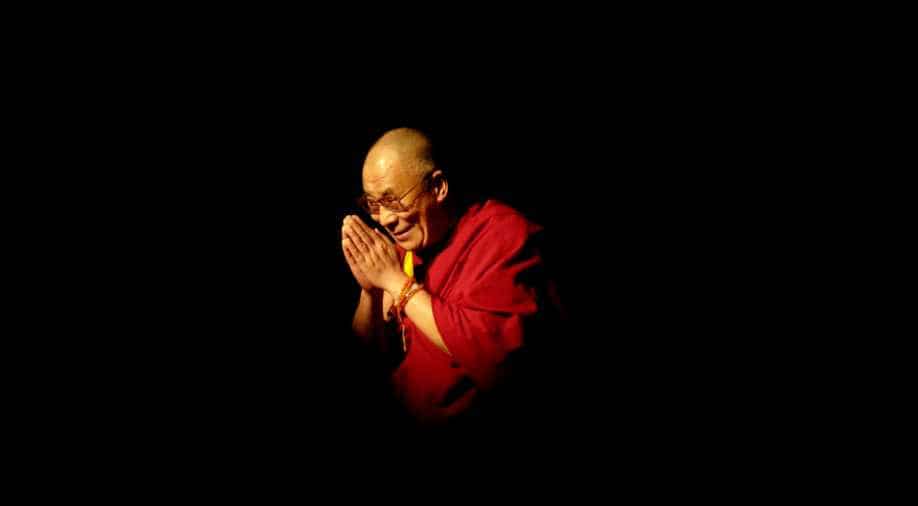 Nobel Laureate and exiled spiritual leader of Tibet, His Holiness the 14th Dalai Lama, appears at the University of California Los Angeles (UCLA) to give a public teaching May 26, 2001, in Los Angeles. Photograph:( Getty )

Follow Us
Tibetan spiritual leader the Dalai Lama on Monday called the massacre at a gay nightclub in Orlando, Florida, a "very serious tragedy", but said it was wrong to see all Muslims as potential terrorists.

Asked in an interview with Reuters about U.S. Republican presidential candidate Donald Trump's reiteration of a call after the shooting for a ban on Muslims entering the country, the Dalai Lama said the billionaire businessman was entitled to his opinion.

However, he added that if he had a chance, he would ask Trump "What's his reason? More detail".

The Dalai Lama said that in every religious community, including Buddhist ones, "there are some mischievous people".

"But you cannot generalise", he said. "Some individual Muslims may carry out some terrorist activities, but better we should not say 'Muslim terrorists.' I think that's wrong".

Fifty people, including the gunman, the U.S.-born son of Afghan immigrants who had declared his allegiance to Islamic State militants, were killed in the attack at the Orlando nightclub on Sunday morning. It was the worst mass shooting in U.S. history.

Trump and his Democratic rival Hillary Clinton are at odds over how to respond to such attacks, with the latter warning against demonising Muslims and calling for tougher gun safety measures.

Speaking earlier at Washington's U.S. Institute of Peace (USIP), the Dalai Lama said that by nature, women were more compassionate and if more world leaders were female, "there may be less trouble, less violence".

"Of course, some ladies, females, are exceptional", he added. "Equally, some males are very compassionate".

Asked by Reuters if it was time for a female leader in the United States, he said, "that's up to the people of this country", although he added that past female world leaders such as India's Indira Gandhi, Israel's Golda Meir, Britain's Margaret Thatcher and Germany's Angela Merkel had set good examples.

Asked if he would meet President Barack Obama during his three-day visit to Washington, the Dalai Lama said it was "not finalised, but some friends say he may meet me".

Obama met the Dalai Lama when the latter visited Washington in 2014 and vowed "strong support" for Tibetans' human rights, angering China which sees the spiritual leader as an anti-Chinese separatist.

Asked how Beijing (Peking) might respond this time, the Dalai Lama said: "I don't know - you should ask them. I think in Peking, we cannot as of now … generalise. In Peking, there are different views. Some people there have a more realistic view. Some are more hardline, which is more narrow-minded".

At the start of the USIP event, the Dalai Lama called on the audience to observe a moment of silence for the Orlando victims.

"Yesterday, very serious tragedy, Orlando. So let us (say) some silent prayer, OK," he said, while adding afterwards: "Although, one Buddhist monk grows quite sceptical about the effects of prayer".

Real change, he said, required serious action, including better education, to ensure more compassion and tolerance in the world, and it was important not to lose "determination or courage".