All quiet in Beijing on eve of Chinese New Year 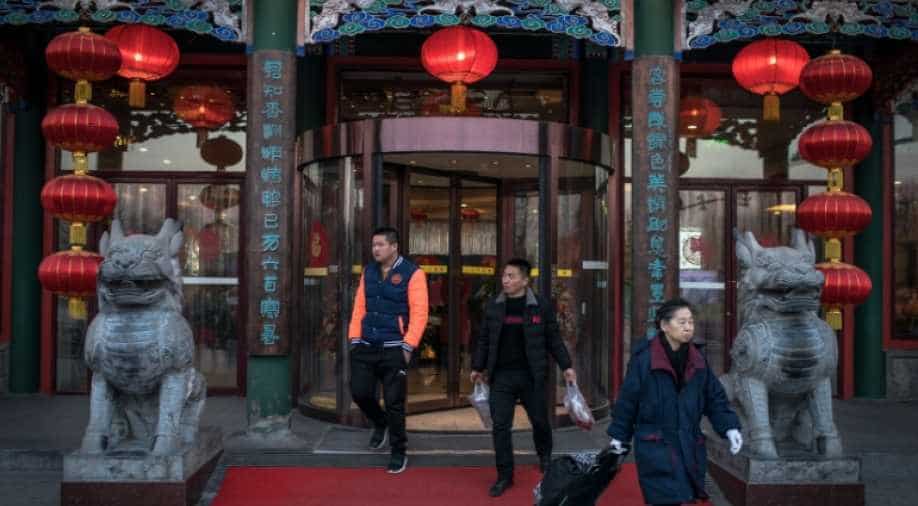 During the Lunar New Year holiday, the big Chinese cities, which have been a magnet for internal migration for decades, empty out, and millions of people travel to their hometowns to catch up with their loved ones.

Between the hustle and bustle of the railway station and the quiet, narrow Hutong streets, all was quiet in Beijing on Sunday in the last few hours of the Lunar calendar before the start of the Year of the Pig.

A time for family gatherings and reunions, this period witnesses a massive upturn in the number of trips across the country. Authorities expect 2.99 billion trips between January 21 to March 1, 0.6 per cent more than last year.

During the Lunar New Year holiday, the big Chinese cities, which have been a magnet for internal migration for decades, empty out, and millions of people travel to their hometowns to catch up with their loved ones.

But not everyone is that lucky and the frenzied pace of the capital forces several of its inhabitants to postpone their holidays.

Meng Xiangtian, a 21-year-old waiter, is one of the souls who will not be able to return to her native province over the festival period. She told EFE there is no rest as people keep coming in to eat. The restaurant's employees will meet and dine together on the night of the New Year.

Her restaurant, which is located near the iconic Lama Temple, shares the sidewalk with dozens of small shops, which take advantage of the Spring Festival, as the Lunar New Year is also known, to down their shutters and enjoy one of the most symbolic celebrations for the Chinese, besides their national day on October 1.

There are those who dedicate the festive period to resting without leaving Beijing, like in the case of Leng Mei, who will close her clothing store for eight days after visiting her relatives in Shenyang, the capital of the northeastern province of Liaoning.

Leng's husband has to work during the New Year week so she will stay back to dine with him on February 4, on the eve of Chinese New Year.

The Hutong streets dotting the surroundings of the temple are adorned with bright lanterns and red-colored signs at the entrances of houses, decorated with good luck messages.

The silence in these alleys is a contrast to the crowds thronging the suburban commuter trains heading for one of the railway stations of the capital.

Trains continue to be the preferred mode of transport during Lunar New Year. Some 10.47 million train trips are expected on Sunday alone, 16.9 per cent more than in 2018.

Couple Nian Jiali and Yi Wan, both 20, would take the train to visit some friends in Tianjin (150 kilometers east of Beijing). Both would meet their families on February 4 to eat Chinese dumplings and watch the traditional program on television.

Yi told EFE that on New Year's eve she will watch a program called "Bai Nian Ji" (Memories of the Chinese New Year), which is designed for young people to interact and write to each other online.

But modern trends like this have caused some to rue that the essence of New Year has been lost. One such person is Liu Guoying, a grandmother in Beijing, for whom the festival is no longer what it used to be.

Liu said relationships between family, friends and neighbours are not as close-knit as they used to be and as the standard of living has improved and people can buy and eat everything, people do not look forward to the New Year's eve dinner as much.

Liu said her generation was the last to enjoy the real flavour of the New Year.