Al-Shabaab calls for attacks on US, French interests in Djibouti 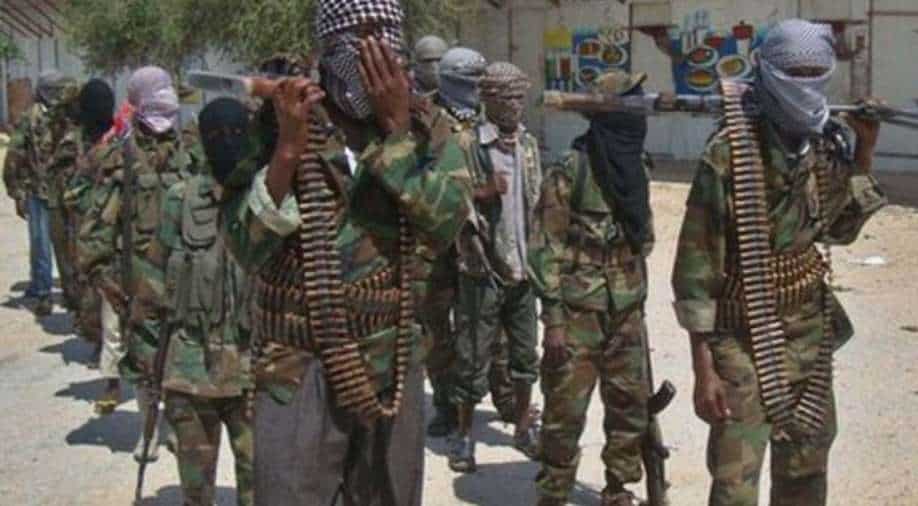 In a video released late Saturday, Abou Obaida Ahmad Omar lashed out at Djibouti's President Ismail Omar Guelleh, who has been in power since 1999 and is set to win a fifth term in elections on April 9.

The leader of jihadist group Al-Shabaab has called for attacks on "American and French interests" in  Djibouti, less than two weeks before the country's presidential election.

In a video released late Saturday, Abou Obaida Ahmad Omar lashed out at Djibouti's President Ismail Omar Guelleh, who has been in power since 1999 and is set to win a fifth term in elections on April 9.

The Islamist leader accused Guelleh of turning the Horn of Africa country "into a military base from where every war against the Muslims in East Africa is planned and executed".

"Make American and French interests in Djibouti the highest priority of your targets," he told followers in the video.

Djibouti's strategic location as a gateway to both Africa and the Arabian Peninsula has made it a sought-after destination for foreign military bases.

The former French colony hosts France's largest contingent in Africa -- some 1,500 troops -- as well as the United States' only permanent base, with around 4,000 troops.

Japan and Italy also have a presence in Djibouti, while China has had a port and military base in the country since 2017.

Djibouti is furthermore host to a contingent of African Union troops fighting the al-Qaeda linked Al-Shabaab in Somalia, where the Islamists have waged a long and violent insurgency seeking to unseat the internationally-backed government.

In 2014 Al-Shabaab claimed responsibility for a suicide attack on a restaurant in Djibouti, killing a Turkish man and injuring around 20 other people, including seven French nationals, six Dutch citizens, four Germans and three Spaniards.

The jihadist group said it had targeted the restaurant because it was popular with "French crusaders and their NATO allies".

French nationals were targeted because of what the group alleged was their government's "complicity in the massacres and persecution of our Muslim brothers in the Central African Republic and for their active role in training and equipping the apostate Djiboutian troops".