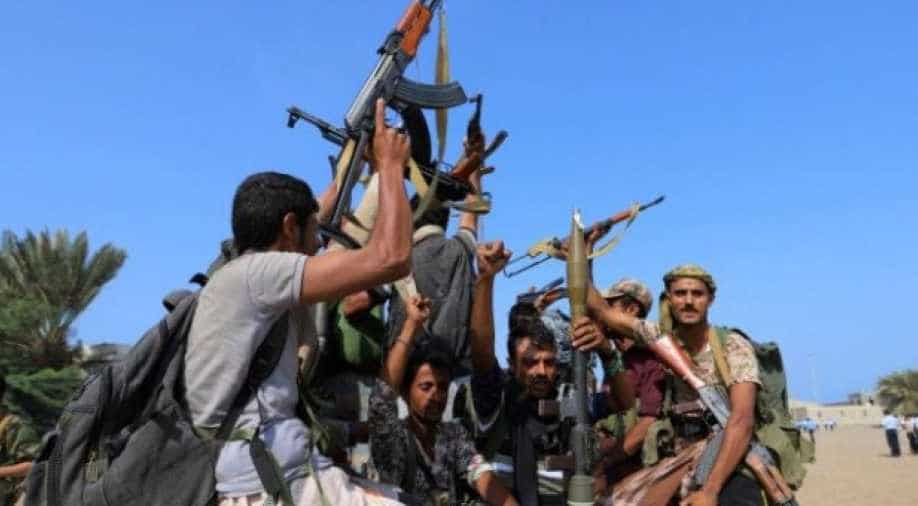 The gunmen stormed Al-Mahfad base in Abyan province and remained inside for several hours before military reinforcements came, three security officials told AFP, adding that the soldiers were killed in clashes with the jihadists.

Al-Qaeda gunmen killed 19 soldiers in an attack on an army base in southern Yemen Friday, security officials said, a day after deadly assaults by rebels and a jihadist bomber.

The gunmen stormed Al-Mahfad base in Abyan province and remained inside for several hours before military reinforcements came, three security officials told AFP, adding that the soldiers were killed in clashes with the jihadists.

"The Qaeda gunmen took advantage of what happened (Thursday) in Aden and launched an assault on Al-Mahfad base and clashed with soldiers," a government security official said.

"Military reinforcements were sent... and the gunmen were killed while others were driven out with air support from the (Saudi-led) coalition, in an operation that lasted hours," the official said.

"At least 19 soldiers were killed and others wounded."

The other two officials confirmed both the details and the death toll.

The first attack was a suicide car bombing carried out by jihadists on a police station that killed 13 police officers and wounded several others, a security source said.

The second attack was carried out by the Huthi rebels, who said they launched a drone and a ballistic missile at a training camp west of Aden.

The aerial attack hit as senior commanders were overseeing a passing out parade for newly graduated cadets at Al-Jala Camp, 20 kilometres from the centre of Aden.

Aden is controlled by the Yemeni government and its supporters in a Saudi-led military coalition, which has been fighting the rebels since 2015.

The Yemen-based Al-Qaeda in the Arabian Peninsula (AQAP), the Islamic State group and other jihadists have flourished in the chaos of the civil war between the government and the Huthis.

The United States considers AQAP the global jihadist network's most dangerous branch and has waged a long-running drone war against its leaders.