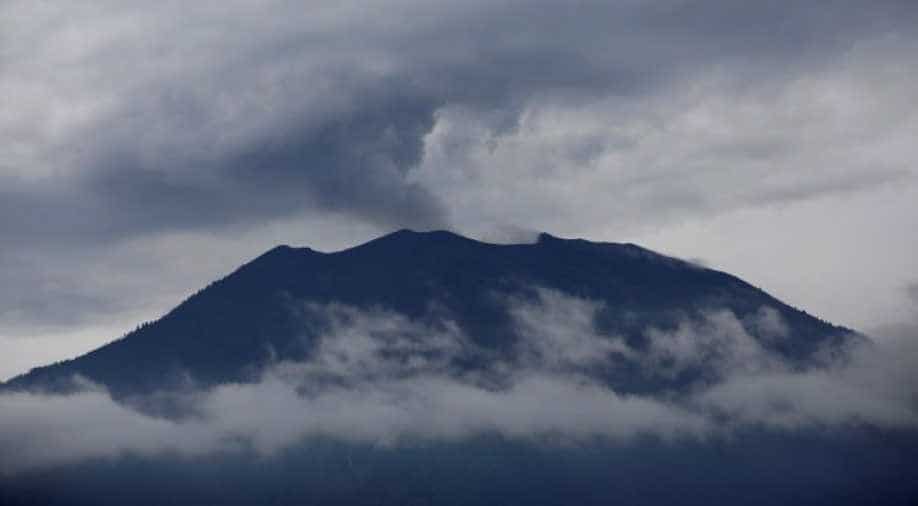 Ash was visible to the southeast of Mount Agung Photograph:(Reuters)
Follow Us

A window appeared to be closing on Friday for travellers stranded on the Indonesian holiday island of Bali as airlines cut back on flights, fearing a return of plumes of volcanic ash. An erupting volcano closed the airport for most of this week, stranding thousands of visitors from Australia, China and other countries, before the winds changed and flights resumed.

Australian budget airline Jetstar said it would cancel nine flights on Friday after meteorological officials warned the ash could hit operations at Bali airport, about 60 km (37 miles) southwest of the Mount Agung volcano. Malaysia's AirAsia Bhd said it would only operate out of Bali during the day, as the ash could impair visibility at night and wind conditions in the area were unpredictable.

"They don`t have an answer if they have space for us for the next flight," said Martim Cazado, a traveller who was trying to get home to Portugal via Singapore but had been unable to get a flight.

He was worried he might be stuck waiting in front of the Bali airport`s departure hall for a few days, he added.

A column of white smoke and ash hung above Mount Agung, where tremors continued, meteorological officials said, although with decreasing frequency, while lava sparks flash at night.

Ash was visible to the southeast of Mount Agung, the Darwin Volcanic Ash Advisory Centre said on its website.

The wind was blowing the ash towards the east and the airport was clear for normal operations, Indonesia`s transport ministry said in a statement. Jetstar and its parent, Qantas Airways Ltd, had planned up to 18 flights on Friday to ferry 4,300 passengers home to Australia, including one by a Qantas 747 jet. But Jetstar will cancel nine flights after "a sudden change in today`s forecast for this evening in Bali," it said in a website update.

A tropical cyclone south of Java island altered wind direction in the area, including for Bali, where it could bring heavy rains and strong winds until Saturday, the Indonesian Meteorological, Climatological, and Geophysics agency said.

Thousands of residents remain in a 10-km (6-mile) danger zone around the volcano, reluctant to leave for religious reasons or unwilling to abandon homes and livestock.

A rescue team escorted 10 people off its southwestern slope on Friday, some of whom said they had endured days of falling ash and feared potentially deadly volcanic mudflows. An estimated 90,000 to 100,000 people live in the danger area near the volcano in eastern Bali.