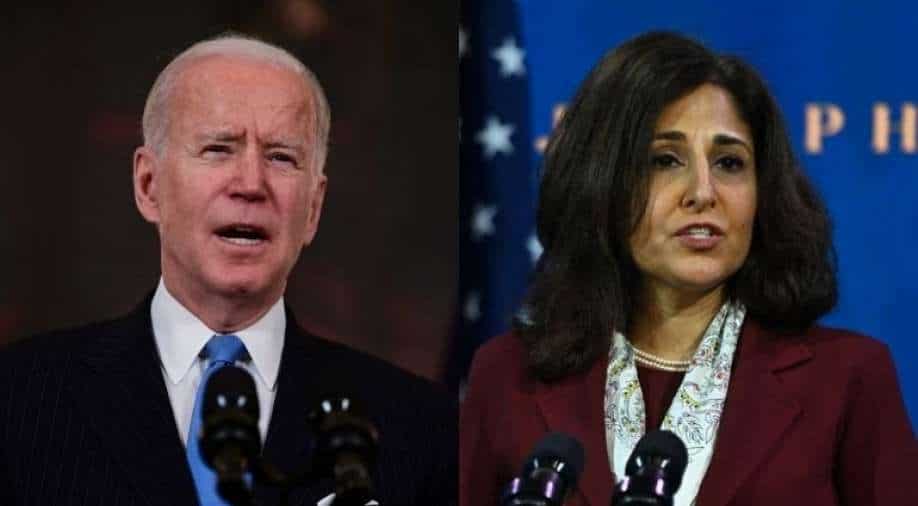 Joe Manchin, a conservative Democrat said he wouldn't vote for her. This effectively killed Tanden's nomination. Instead of being voted down in the Senate, she pulled out of the race but Joe Biden isn't planning on giving up. He has accepted Tanden's request but plans on getting her onboard in some other position

Every new leader has a honeymoon period, when the media is still cheering for their win, when allies are still in high-spirits and opponents are still wallowing in defeat. Ask any leader they will say it's the best time to govern.

Joe Biden's honeymoon period wasn't bad. It lasted for 40 days but the US President has met with his first failure. One of his cabinet picks has been rejected, Neera Tanden.

Biden wanted her to run the budget office, a key cabinet position in the White House. Tanden is a through-and-through Democrat. She's been involved in presidential campaigns since 1988. Her closest Washington overlord is Hillary Clinton. Ideologically, Tanden is more of a centrist. On paper, the US Senate should have loved her. The Senate is evenly split and her nomination should not have been a problem.

Except that it was thanks to her Twitter history, there are very few people on Capitol Hill that Tanden hasn't offended. She's attacked Democrats and Republicans alike and as they say politicians don't forget easily. Biden was bullish about her chances but within Democrat circles, there was scepticism.

Joe Manchin, a conservative Democrat said he wouldn't vote for her. This effectively killed Tanden's nomination. Instead of being voted down in the Senate, she pulled out of the race but Joe Biden isn't planning on giving up. He has accepted Tanden's request but plans on getting her onboard in some other position. It's an unexplained obsession, one that is doomed from the start because Neera Tanden is a toxic political entity after Biden announced his decision to pick her.

Tanden went on a social media exorcism. She deleted almost 1,000 tweets, all from her personal account. The tweets in which she targeted senators on both sides of the aisle in December 2017.

Tanden accused the Republican party of backing a child molester. In 2018, she targeted moderate Republican, Susan Collins. This was during the senate hearing of supreme court judge Brett Kavanaugh.

She's compared senators to Voldemort and vampires. Tanden's attacks weren't partisan, conservative Republican, progressive Democrat, it didn't matter but on more than one occasion, she crossed the line of decency. She used words unbecoming of a cabinet aspirant with enough enemies on both sides Tanden's nomination was a non-starter, everyone thought so, everyone except Joe Biden.

Biden is promising to transcend political lines as he keeps talking about being a US president and not a Democratic one. If that's the idea Neera Tanden was the wrong pick. This loss will be hard to take as Biden staked a lot of political capital on Neera Tanden.

The White House was lobbying for her approval but the divisions in Washington run too deep. It's a sign of things to come as for Neera Tanden, it's a steep learning curve.

Social media is a wilderness and a no holds barred domain where attacking and trolling are the norms on Twitter, everyone's a critic but remember that criticism is permanent.

You can delete tweets but after a million people have seen it, does it really make a difference?

Neera Tanden's social media presence came back to haunt her during the senate hearings. She apologised for her posts. "I do think the last several years have been very polarising and I apologise for my language that has contributed to that," she said.

A change of heart but too late. The senators had made up their mind and gone are the days when your resume decided your job. If you have reams of hateful tweets like Neera Tanden, chances are you have more enemies than friends and in politics that never ends well.