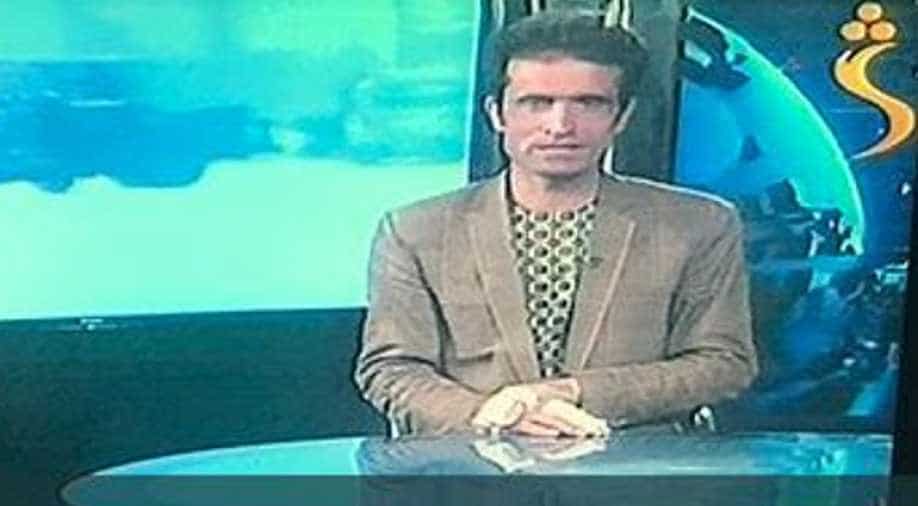 Parwiz Sapy came on air to announce the viewers that 'The attack has ended'. (Image source: Shamshad TV) Photograph:( Others )

"The attack has ended," journalist Parwiz Sapy told his viewers moments after the attack on an Afghan TV station ended.

Sapy was talking about the TV station that he worked for.

The attackers had posed as policemen.

One security guard died in the attack and 24 people were injured.

Moments after the attack ended, Sapy was on air talking to his viewers.

A news report in Al Jazeera said Sapy appeared very calm as he talked his viewers through the attack.

"Asalamualikum (Peace be upon you) Shamshad TV viewers, all staff members inside the building have been rescued," Al Jazeera reported Sapy as saying in Pashto.

Sapy added that all Shamsad TV journalists were back on duty.

The station reported that at least one attacker had blown himself up at the gate while another ran inside.

Sapy said the Shamsad newsroom had been in the middle of their daily morning meeting when they heard gunfire.

Shamshad TV  runs in partnership with BBC and broadcasts a variety of programmes including news and current affairs.