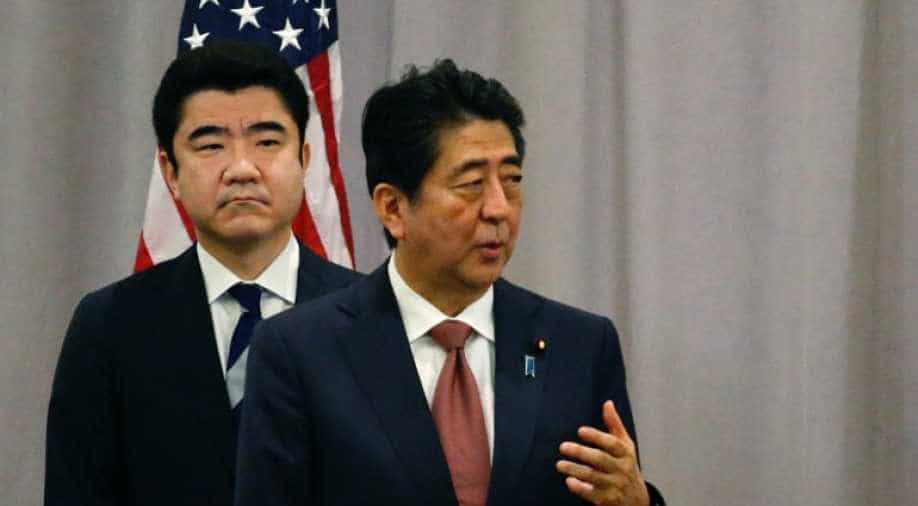 Japan is one of Washington's closest allies but Trump alarmed Tokyo policymakers during the campaign by musing about pulling the thousands of US troops from the region and suggesting that officially pacifist Japan may need nuclear weapons. Photograph:( AFP )

Japanese Prime Minister Shinzo Abe said on Thursday he has “great confidence” in Trump after his meeting with the President-elect in New York. Abe is the first foreign leader to have met the US President-elect face-to-face.

The meeting at the Trump Tower in Manhattan lasted for approximately 90 minutes, according to a Trump official.

"We were able to have a very candid talk over a substantial amount of time. We held it in a very warm atmosphere," Abe told reporters after their meeting.

"Without confidence between the two nations, our alliance would never function in the future," he added.

"As an outcome of today's discussions, I am convinced Mr Trump is a leader in whom I can have great confidence."

The meeting was reportedly organised at the last minute after Abe called Trump to congratulate him, and mentioned that he would be passing through New York on his way to an Asia-Pacific trade summit in Peru.

Abe thanked Trump for meeting him.

"Despite his extremely busy schedule because of decisions to be made vis-a-vis appointments or other related business, he was kind enough to receive me," the Japanese leader said.

"I renewed my conviction that together with Mr Trump I will be able to establish a relationship of trust."

Abe added the two had agreed to meet again for deeper talks on a wider range of issues.