'A miracle': Puppy born with six legs beats all odds to survive 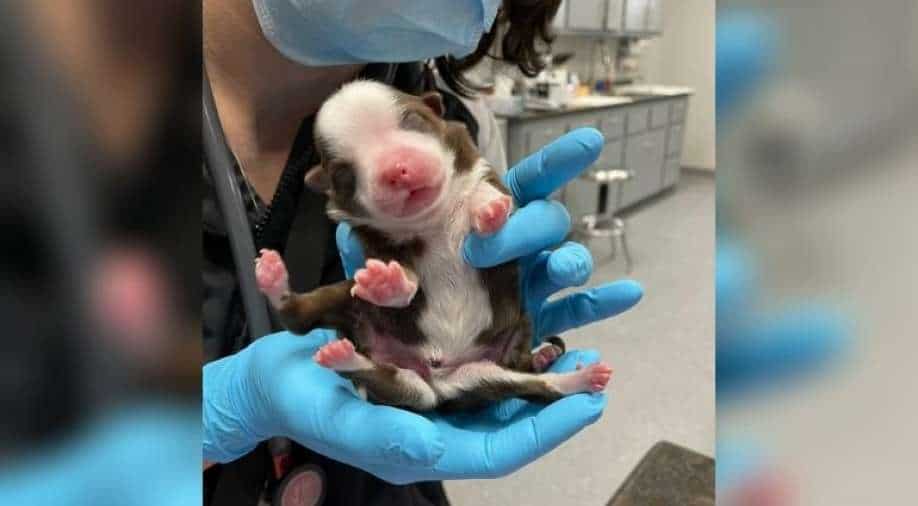 A modern miracle just took place in Oklahoma, United States. A dog was recently born with six legs, and much to the doctors' shock, the animal is surviving against all odds.

The "miracle" was shared by Neel Veterinary Hospital on Facebook, where the dog was born. In the Facebook post, it was explained how the puppy, whose name is Skipper, was able to survive for longer than other dogs who are born with the same issue.

The dog suffers a disorder called "monocephalus dipygus", which explains the 6 legs.

This is a miracle named Skipper. Literally. She has survived longer than we suspect any other canine has (at just 4 days...

“You might notice she looks a little different - 6 legs! She has a type of congenital conjoining disorders called monocephalus dipygus and monocephalus rachipagus dibrachius tetrapus which simply means she has 1 head and chest cavity but 2 pelvic regions, 2 lower urinary tracts, 2 reproductive systems, 2 tails and 6 legs among other things,” the Facebook post said.

The dog though is in a healthy condition with her organs in great shape.

“Positively, her organs appear to be in great shape, she is peeing and pooping, and is very strong! She nurses well and is growing appropriately so far. All of her legs move and respond to stimulus just like a normal puppy,” the post added.

But it's not all sunny from here on. The dog may need physical therapy to maintain mobility and may need assistance later on in life.

In the Facebook post, the hospital added how they intend to study her condition in-depth to bring relief to her. ''She is doing well at home now'', the post added.