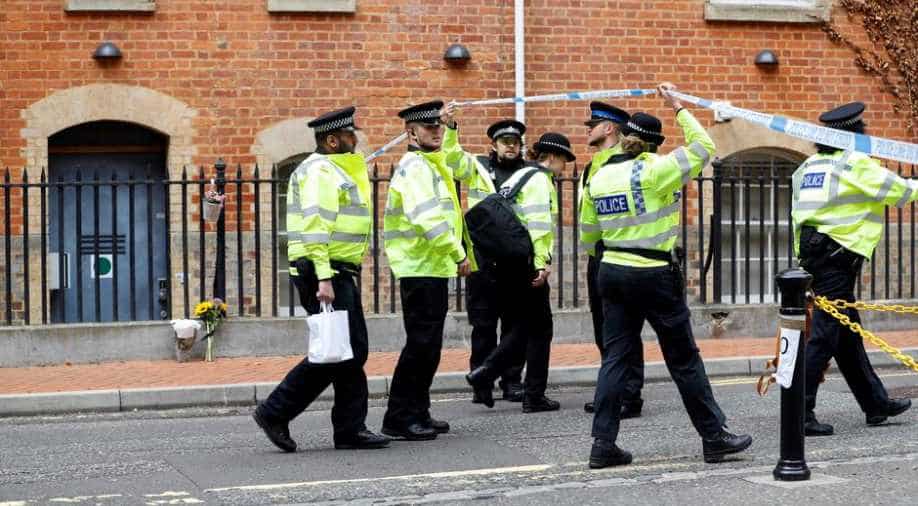 The UK's National Crime Agency (NCA) said on Thursday that it successfully broke into EncroChat, a major provider of encrypted communications offering a secure mobile phone instant messaging service, as part of Operation Venetic -- dubbed one of the largest law enforcement operations of its kind which also led to considerable criminal cash, firearms and drugs being seized.

A top secret encrypted communications system used by criminals to trade drugs and guns has been busted in a joint operation carried out by UK security officials, resulting in 746 arrests.

The UK's National Crime Agency (NCA) said on Thursday that it successfully broke into EncroChat, a major provider of encrypted communications offering a secure mobile phone instant messaging service, as part of Operation Venetic -- dubbed one of the largest law enforcement operations of its kind which also led to considerable criminal cash, firearms and drugs being seized.

"This operation demonstrates that criminals will not get away with using encrypted devices to plot vile crimes under the radar," said UK Home Secretary Priti Patel.

"The NCA's relentless targeting of these gangs has helped to keep us all safe. I congratulate them and law enforcement partners on this significant achievement. I will continue working closely with the NCA and others to tackle the use of such devices  " giving them the resources, powers and tools they need to keep our country safe, " she said.

EncroChat had 60,000 users worldwide, with around 10,000 in the UK, and its sole use was to coordinate and plan the distribution of illicit commodities, money laundering and plotting to kill rival criminals.

Since 2016, the NCA said it has been working with international law enforcement agencies to target EncroChat and other encrypted criminal communication platforms by sharing technical expertise and intelligence.

Two months ago, the international collaboration resulted in France and the Netherlands infiltrating the platform. The data harvested was shared via Europol, with the result that EncroChat servers have now been shut down.

"The infiltration of this command and control communication platform for the UK's criminal marketplace is like having an inside person in every top organised crime group in the country, " said NCA Director of Investigations Nikki Holland.

"This is the broadest and deepest ever UK operation into serious organised crime. The NCA is proud to have led the UK part of this operation, working in partnership with policing and other agencies. The results have been outstanding but this is just the start, " she said.

Scotland Yard described this as the most significant operation it has ever undertaken, which disrupted murder plots and led to the arrest of some of London's longest-standing and most dangerous criminals.

"This operation is the most significant activity, certainly in my career, we have ever carried out against serious and organised criminality across London," said Metropolitan Police Commissioner Cressida Dick.

"Organised crime groups have used encrypted communications to enable their offending. They have openly discussed plots to murder, launder money, deal drugs and sell firearms capable of causing atrocious scenes in our communities. They were brazen and thought they were beyond the reach of the law, " she said.

Those arrested as part of the Met Police's part of investigation were identified as being part of the most "high-harm" Organised Crime Group (OCG) in London, with long-standing links to violent crime and the importation of Class A illegal drugs.

The central figures of this group led lavish lifestyles and lived in multi-million-pound properties with access to top of the range vehicles. The Met Police said they appear to be successful, respectable business people but they are dangerous individuals.

"This operation has enabled us to target those at the top of the hierarchy and individuals we have known about for years but have not been able to tackle head on, " added Dick.

In addition, a specialist NCA team working closely with policing partners, has prevented rival gangs carrying out kidnappings and executions on the UK's streets by successfully mitigating over 200 threats to life.

"This unique operation has specifically focussed on those thought to be involved in the highest levels of organised crime and drugs supply across the UK, " said Chief Constable Steve Jupp, the UK National Police Chiefs' Council lead for serious organised crime.

"By dismantling these groups, we have saved countless lives and protected communities across the UK. This sort of activity is just one aspect of our continued fight to tackle serious and organised crime. I hope this sends a clear message to the public of our determination to rid communities of this sort of criminalisation," he said.