6 killed in suicide attack in mosque in northeast Nigeria: Army 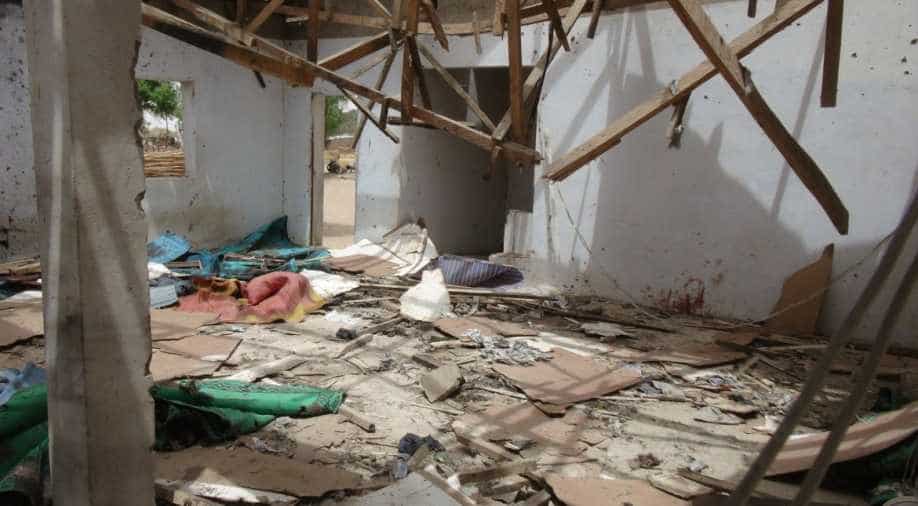 An inside view of the damaged mosque after a suspected suicide bomber blew himself up inside a mosque in Maiduguri, Nigeria on May 30, 2015. ( Representative image) Photograph:( Getty )

Follow Us
Six people were killed today when a suicide bomber detonated his explosives at a mosque in Damboa, northeast Nigeria, the army said, in the latest violence to hit the restive region.

Nigerian Army spokesman Colonel Sani Usman said one bomber was foiled at the Damboa Central Mosque but another "gained entry into another smaller mosque and detonated the bomb, killing himself and six other worshippers".