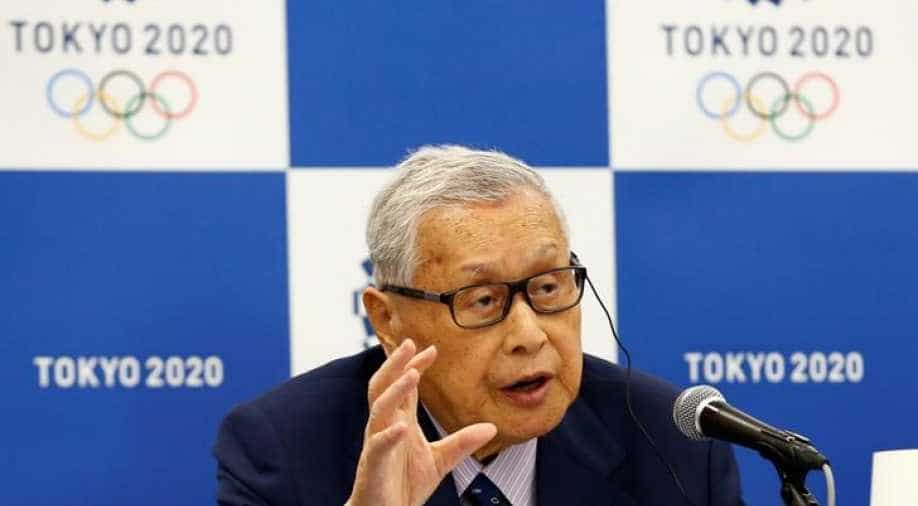 Yoshiro Mori, Japan's President of the Tokyo 2020 Organising Committee, talks during a news conference in Tokyo, Japan, May 26, 2016 Photograph:( Reuters )

Organisers of the Tokyo 2020 Olympics were taken by surprise by the International Olympic Committee's (IOC) decision to approve a Japanese proposal and recommend the inclusion of five sports in four years' time, Games chief Yoshiro Mori said today.

Speaking to reporters after a meeting with the IOC to monitor progress, Mori also said the Olympic body had no questions over a payment during its successful bid to host the 2020 Games that had triggered an investigation back home.

On Wednesday the IOC approved Tokyo's proposal for five more sports, with baseball/softball, skateboarding, surfing, climbing and karate to feature at the Games in 2020.

The IOC must now rubber-stamp the decision at its session in Rio de Janeiro in August.

"We planned to make the presentation (for the new sports)... but the IOC took the decision when I was up in the clouds travelling from Tokyo," Mori told reporters.

"I felt like a heavenly feeling. I felt like up in the clouds because it is a package approval."

As part of sweeping reforms initiated in 2014, Olympic hosts can bring in sports popular in their countries to boost ratings and attract greater sponsorship as well as a younger generation of fans.

Mori said organisers now would start work on pinning down venues and would present progress reports during the IOC session in Rio.

He said potential venues for all five sports had already been identified and presented to the IOC.

Mori said the IOC did not ask questions regarding payments of more than $2.0 million to a Singapore bank account during the bidding process in 2012-13.

"Not at all," he responded when asked whether the issue was raised by the IOC Executive Board.

Tsunekazu Takeda, leader of the group that won Tokyo the Summer Games, has said the payments were legitimate consultancy fees, checked by auditors.

French authorities are investigating Diack senior for alleged corruption, and the Japanese Olympic committee (JOC) has launched its own investigation into the 2020 bid process.

The IOC said last week it saw no reason to doubt assurances from Tokyo about the legitimacy of payments.