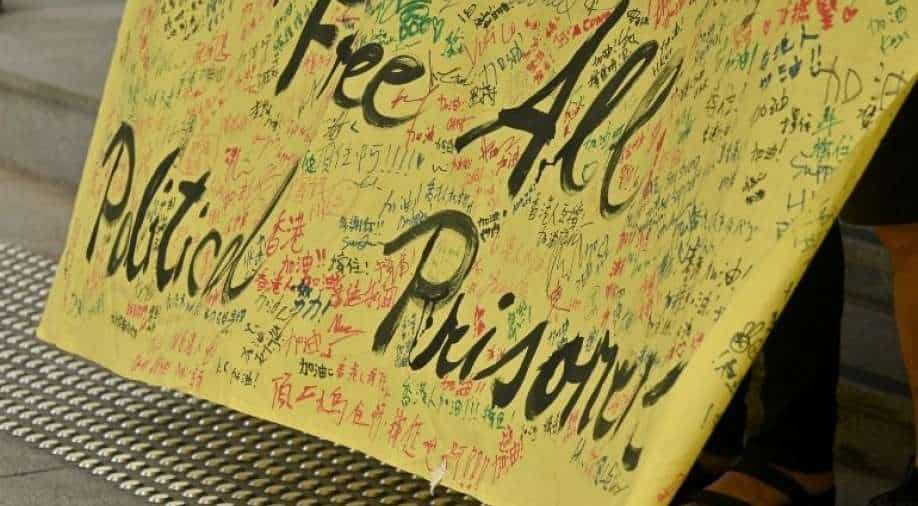 They were arrested on charges of participating in an unofficial, non-binding and independently organised primary vote last year to select candidates for a since-postponed city election, which authorities say was a 'vicious plot' to subvert the government

The 47 Hong Kong democratic opposition figures charged with conspiracy to commit subversion, most of whom have been kept in custody for the past three months, are due to appear in court again on Monday in a widely monitored national security case.

They were arrested on charges of participating in an unofficial, non-binding and independently organised primary vote last year to select candidates for a since-postponed city election, which authorities say was a 'vicious plot' to subvert the government.

The defendants, most of whom were denied bail, are expected in West Kowloon Court at 2:30 pm (0630 GMT) before judge Victor So. Activist Jerry Yuen was among a few dozen people queuing up in the morning for a seat.

"I want to tell my friends among the 47 that they don’t need to worry, as many are determined to fight on," he said.

The charges against the activists, many of whom have announced their retirement from politics, are the most sweeping use yet of the national security law and are punishable with up to life in prison.

Diplomats and rights groups are closely watching the case amid mounting concerns over the independence of the former British colony's judicial system, that is seen as the foundation on which its financial prowess was built.

Marathon bail hearings in March lasted four days and dragged late into the night, causing several defendants to fall ill and seek hospital treatment. Most of the subsequent appeals for bail have been denied.

In denying bail in mid-March to Jeremy Tam, another former lawmaker, Toh cited an email he received from the US Consulate where he was invited to 'catch up'. His lawyers said he never replied.

The security law sets a high threshold for defendants seeking bail to demonstrate they would not break the law, a departure from common law practice, which puts the onus on prosecutors to make their case for detention as an exception.

The protracted hearings and the reasons for rejecting bail have stunned diplomats and rights groups, who see it as a dramatic display of the Chinese-ruled city's authoritarian turn.