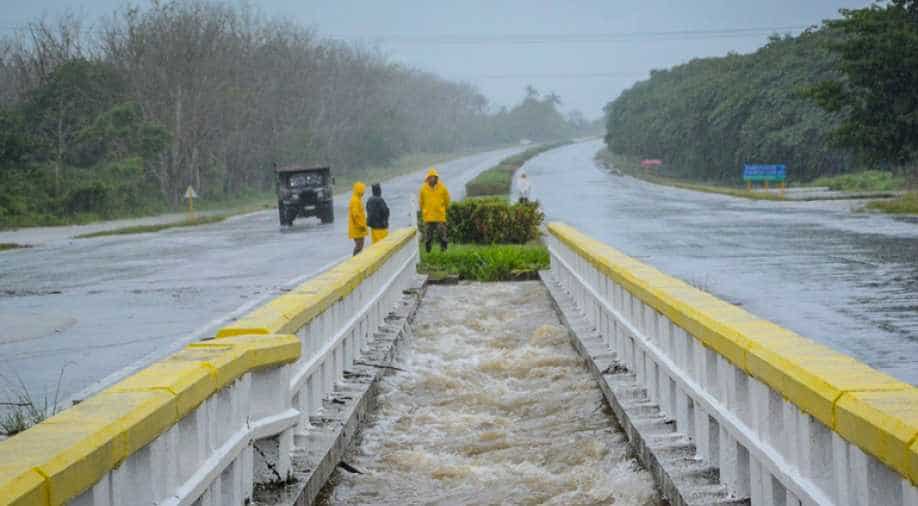 An average of 20 typhoons and storms lash the Philippines each year, killing hundreds of people.

Four people were killed in landslides and thousands of others evacuated from their homes after a storm swept through the central Philippine islands on Saturday, officials said.

Three members of a family were buried in a landslide in Legazpi City southeast of Manila while a woman was crushed by another landslide in Bulan town as heavy rains brought by the storm loosened the earth, the government's office of civil defence said.

Almost 12,000 people were also evacuated from their homes in the Bicol region after the low pressure area, locally named "Usman", hit the eastern side of the country on Saturday, the office said.

The weather disturbance, packing maximum winds of 65 kilometres (40 miles) per hour, was charted as moving west across the central islands at 10 kilometres per hour and was expected to be over the South China Sea by Sunday, the government weather station said.

Although Usman's winds were not too powerful, it still brought heavy rains that caused landslides and flooding in areas it traversed, the civil defence office said.

An average of 20 typhoons and storms lash the Philippines each year, killing hundreds of people.

The country's deadliest storm on record is Super Typhoon Haiyan, which left more than 7,350 people dead or missing across the central Philippines in November 2013.