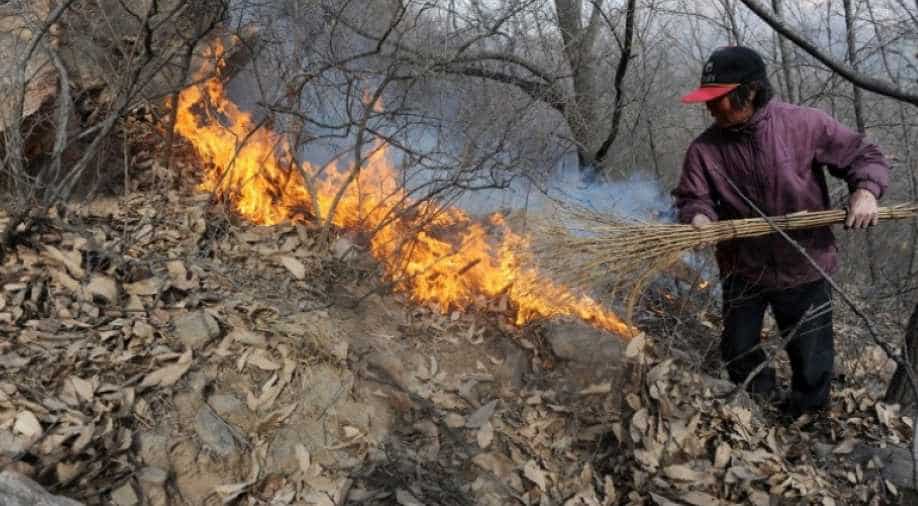 Nearly 700 firefighters have deployed to battle the fire which broke out on Saturday on steep terrain at an altitude of around 13,000 feet in the Sichuan province

At least 26 firefighters died after hundreds were sent to tackle a forest blaze in remote mountains in southwest China's Sichuan province at the weekend, authorities said Monday.

Nearly 700 firefighters have deployed to battle the fire, which broke out on Saturday on steep terrain at an altitude of around 4,000 metres (13,000 feet) in Muli County, according to the ministry of emergency management.

Authorities lost contact with 30 firefighters on Sunday afternoon after a sudden change in wind direction ignited a "huge fireball", the ministry said in a statement.

Rescuers have found 26 bodies and are looking for the other missing crew.

A separate forest fire that lasted two days in the northern province of Shanxi was brought under control on Sunday, the official Xinhua news agency said.

More than 9,000 people were evacuated from their homes due to that blaze, which did not cause any casualties.

In May 1987, the deadliest forest fire in recent Chinese history killed 119 in northeast Heilongjiang province, injuring 102 and leaving 51,000 homeless.