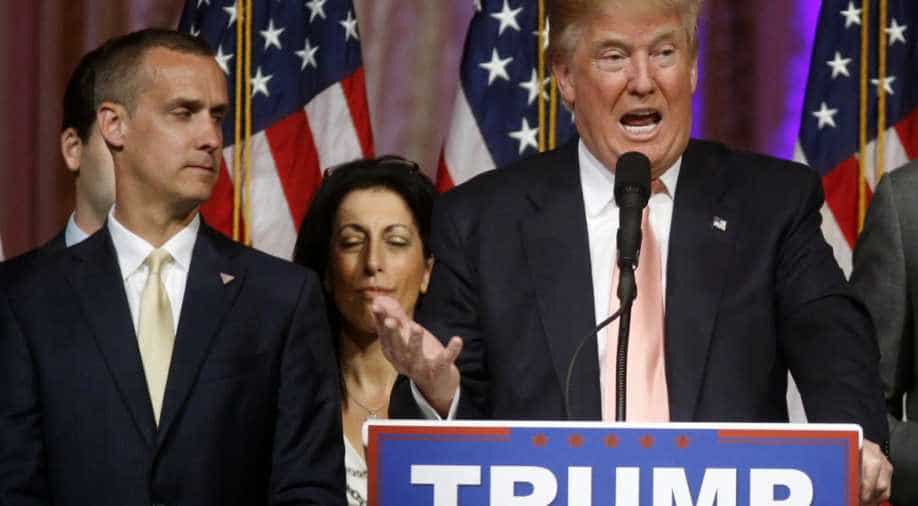 Michael Sanford told the Secret Service he had driven from California to Las Vegas 'to kill Trump', and had been to a range a day earlier to learn to shoot as he had never fired a gun before. Photograph:( Twitter )

A 19-year-old British man has been charged for trying to grab a police officer's gun at a Donald Trump rally in Las Vegas in a bid to kill the Republican presidential nominee.

According to a complaint filed in federal court in Nevada, Michael Sandford tried to disarm the officer at Saturday's rally at the Mystere Theatre in the Treasure Island Casino before being overpowered.

It said that the young man told a Secret Service agent after his arrest that he had driven from California to Las Vegas "to kill Trump," and had been to a range a day earlier to learn to shoot as he had never fired a gun before.

"Sandford acknowledged that he would likely only be able to fire one to two rounds and stated he was convinced he would be killed by law enforcement during his attempt on Trump's life," the complaint said.

It added that Sandford told investigators he had purchased tickets for a rally in Phoenix, where he "would try again to kill Trump" in the event his plan in Las Vegas failed.

Video of his arrest carried by US media show a skinny man with short brown hair and a grey T-shirt being escorted out of the rally by police officers with his hands behind his back.

The prosecutor's office said Sandford was ordered held without bond, as he was considered dangerous and represented a flight risk.

Britain's Foreign Office is "providing assistance" in the case, a spokesman said.

'Would try this again'

The complaint said Sandford had told investigators that he had been in the United States for about 18 months, and had lived in Hoboken, New Jersey, before traveling to California.

Sandford told investigators that he had targeted officer Ameel Jacob's gun because it was in an unlocked position and would be the easiest way to gain access to a weapon at the rally where those attending had to go through metal detectors.

"Sandford further stated that if he were on the street tomorrow, he would try this again," according to the complaint.

It said Sandford told the Secret Service that he had been plotting to kill Trump for about a year and finally decided to act on Saturday, as "he finally felt confident to do it."

His arrest comes amid one of the nastiest US presidential campaigns in recent history, dominated by violent rhetoric, with Trump lashing out at Mexicans, Muslims and other groups.

The real estate billionaire enjoys Secret Service protection but also has his own private security detail that has been accused of using unnecessary force to remove people from events.

A number of protesters have been arrested at his rallies where riot police are deployed in force and there have been mounting demonstrations during his campaign appearances in recent months.

Sandford is due to appear in court for a preliminary hearing on July 5. He faces more than 10 years in prison and a $250,000 fine if found guilty on the charge of "act of violence on restricted grounds."
(AFP)