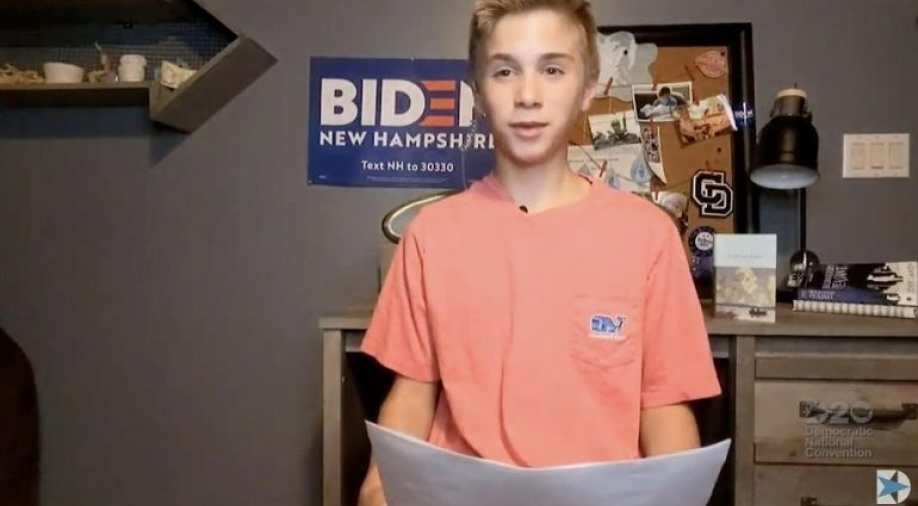 On the day of Joe Biden receiving a nomination at Democratic Convention, a 13-year-old was undoubtedly the star of the night after he made an emotional two-minute speech in which he talked about Biden's advice that helped him to work on his problem of stuttering.

Brayden Harrington, in a video aired during Democratic National Convention, said he had met Biden in New Hampshire earlier this year.

"Without Joe Biden, I wouldn't be talking to you today," Harrington said.

"He told me that we were members of the same club. We stutter. It was really amazing to hear that someone like me became vice president."

The Democratic presidential candidate also faced the problem of stuttering while growing up and was nicknamed "Dash."

Biden has shared the story of how he overcame this problem during his campaign by reading books by Irish poets and practised his speech at night with a flashlight in front of a mirror.

The 13-year-old said Biden told him about the poems he had read aloud to practice and how he marks his speeches in a way that makes it easier for him to recite.

"I'm just a regular kid and in the short amount of time, Joe Biden made me more confident about something that's bothered me my whole life," Harrington said.

"Joe Biden cared. Imagine what he can do for all of us."