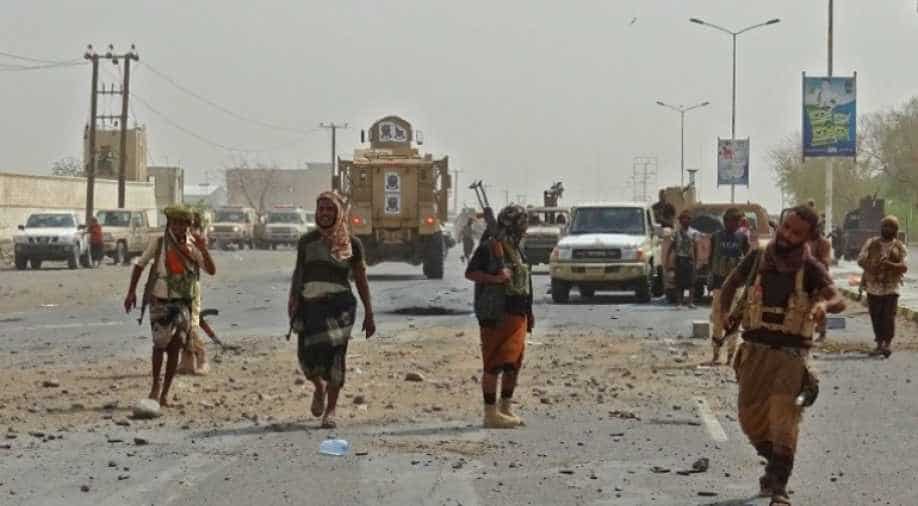 Yemeni pro-government forces gather on the eastern outskirts of Hodeida, as they continue to battle for the control of the city from Huthi rebels . Photograph:( AFP )

The latest deaths raised to 382 the number of fighters killed on both sides since the battle for Hodeida intensified on November 1.

A total of 110 Huthi rebels have been killed in 24 hours of clashes in western Yemen's Hodeida along with 22 pro-government troops fighting to retake the port city, medical sources said Friday.

The latest deaths raised to 382 the number of fighters killed on both sides since the battle for Hodeida intensified on November 1.

According to two doctors at two different hospitals in Hodeida, 55 rebels were killed during clashes and an air strike inside the city and across the province.

A third doctor and a rescuer said that 55 other Huthis were killed in fighting inside the port city and that their bodies had been transferred to the capital Sanaa, which the rebels control.

A loyalist military official reported the deaths of 22 pro-government fighters also during the past 24 hours.