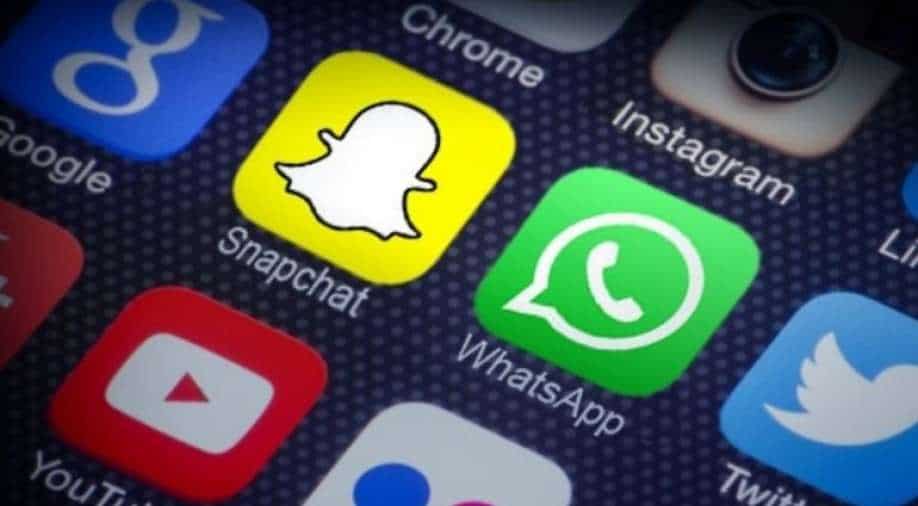 WhatsApp and Snapchat icons displayed on a smartphone Photograph:( AFP )

Users prefer WhatsApp over Snapchat because it is available on a personal computer, does not have advertisements, can be personalised, and supports more languages

Facebook-owned messaging service WhatsApp has announced the launch of disappearing photos and videos on its platform starting this week, as it looks to better compete with Snap Inc's photo messaging app Snapchat.

In a blog post, Facebook said the feature, called 'View Once', will let photos and videos disappear from the chat after they have been seen.

After the media has been viewed, the message will appear as “opened” to avoid any confusion about what was happening in the chat at the time.

Since its launch in 2009 as a smartphone messaging app, WhatsApp has amassed more than two billion users around the world and was acquired by Facebook.

Snapchat, known for its Stories feature that lets users post updates that disappear after 24 hours, has grown in popularity last year as pandemic-induced curbs kept users at home. The company has also been adding new features on its messaging app to attract more users.

Users prefer WhatsApp over Snapchat because it is available on a personal computer, does not have advertisements, can be personalised, and supports more languages.

However, WhatsApp had received backlash after it forced users to accept new terms of sharing data with Facebook.

As a result of the flap over its privacy policy, described by Facebook as a misunderstanding about efforts to bring businesses onto the platform, it had to retreat and delay it.

The update was supposed to allow additional sharing of information from WhatsApp with Facebook and its other applications such as Instagram and Messenger, such as contacts and profile data, but not the content of messages which remain encrypted.

It was among the latest episodes highlighting concerns over the tech giant's privacy and data protection policies.