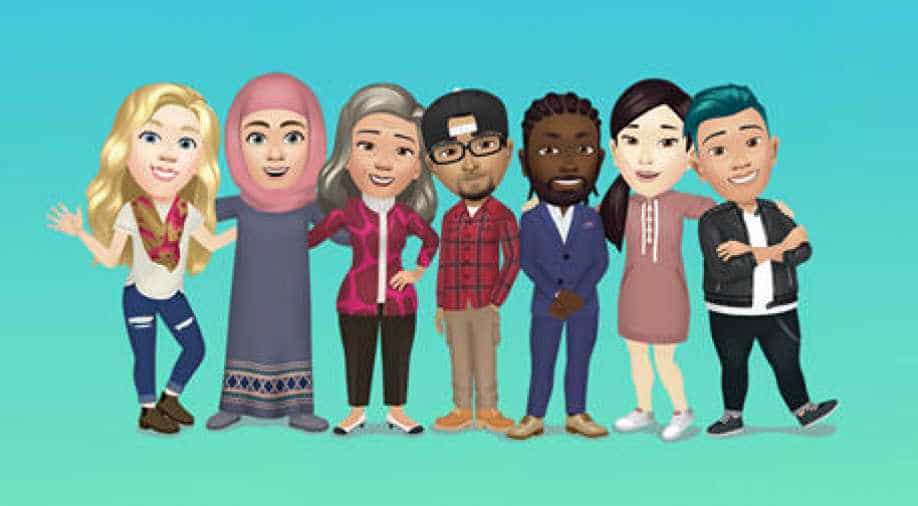 The new Facebook feature ‘Avatars’ allows uses to create a digital persona that’s uniquely representative enabling them to share a range of emotions and expressions. The new tool has characteristics of Bitmoji stickers used in Snapchat.

Social networking giant Facebook has launched its latest feature "Avatars" in India which allows users to make graphic images of themselves, the new tool has characteristics of Bitmoji stickers used in Snapchat.

Facebook said Avatars supports faces, hairstyles and outfits that are customized for users in India. The launch comes just a day after the Indian government banned 59 Chinese apps over national security concerns with Tik Tok facing the government's ire even as its followers swelled in India.

Alibaba, Bytedance, Baidu and Tencent who had launched apps in India have come under the government's spotlight.

The new Facebook feature allows uses to create a digital persona that’s uniquely representative enabling them to share a range of emotions and expressions. Facebook is looking to personalise the user experience as it looks to drive its user base in India and seeks to move away from simple GIFs and stickers.

Avatars posts can also be shared on WhatsApp chats including as Facebook's profile picture with users now allowed to set specific hair and facial features according to their preference. The users can in fact also create avatars from another user's cartoon-like representation.

These Facebook avatars are so cute!
Look at mine. 🤭 pic.twitter.com/M8VP83MLcW

The users in India were quick to lap up the new feature as they posted their ‘Avatars’ to show off to their friends as Facebook hopes it becomes another addictive feature for its fanbase in India.

Facebook trend it is 😂
I am this type of Avatar .. what is yours ?🤔#Trending @Facebook @facebookapp pic.twitter.com/moQK73yfNF

The feature allows a user to change skin tone, put on new makeup and clothes with everything available on Android, iOS devices where users can use their Facebook account.