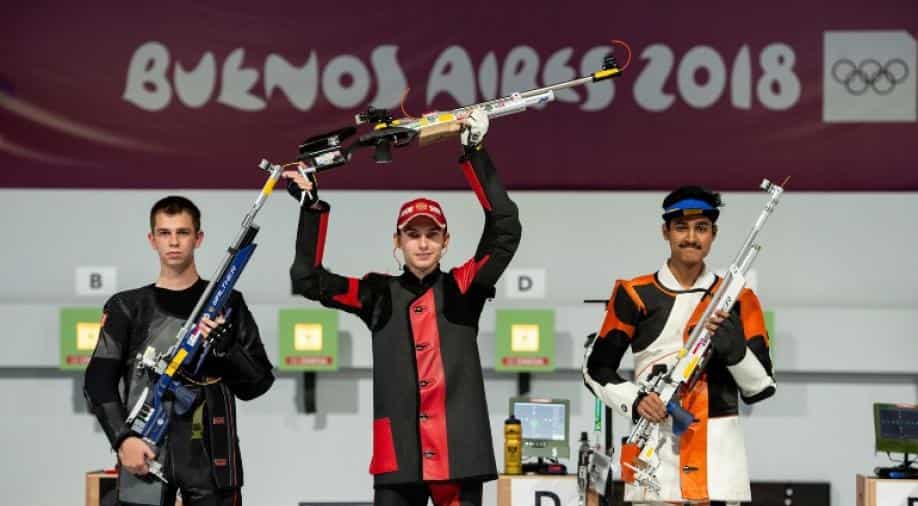 Mane, who qualified third for the final, shot 247.5 to win the silver while Grigorii Shamakov took the gold with 249.2.

India opened its medal account in the Youth Olympic Games with shooter Tushar Mane bagging a silver in the men's 10m air rifle on the opening day of competitions here on Sunday.

Mane, who qualified third for the final, shot 247.5 to win the silver while Grigorii Shamakov took the gold with 249.2. Aleksa Mitrovic of Serbia won the bronze with a score of 227.9.

It was a close fight among the three podium finishers till the end and Mane edged out Mitrovic for the silver medal by collecting 228.0 as against 227.9 of the Serbian shooter in the penultimate round.

In the qualification round held earlier in the day, Mane had shot 623.7 to finish third and qualify for the final.

India is being represented by 46 athletes in 13 sports in the prestigious event. This is India's largest ever contingent at the Youth Olympics.

India won two medals - a silver and a bronze - in the last Youth Olympics in 2014 in Nanjing in China.