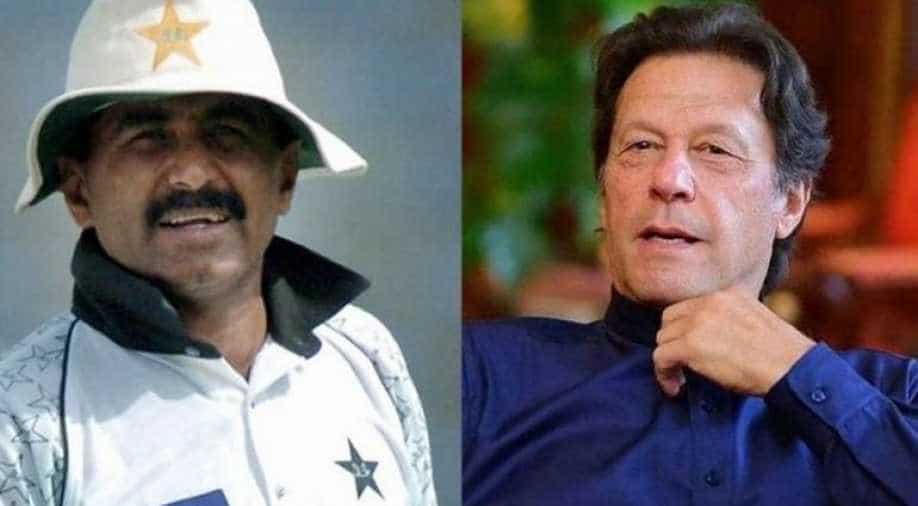 Miandad said that Imran has ruined the state of affairs of cricket in Pakistan by appointing officials in the Pakistan Cricket Board (PCB) who have zero knowledge of the sport.

Legendary Pakistan batsman Javed Miandad has lashed out at his former teammate Imran Khan, saying the current Pakistan Prime Minister has ruined cricket in the country.

Miandad said that Imran has ruined the state of affairs of cricket in Pakistan by appointing officials in the Pakistan Cricket Board (PCB) who have zero knowledge of the sport.

Imran Khan was the captain of the Pakistan cricket team when it won the World Cup in 1992. Javed Miandad was also part of that squad as a key batsman. However, they are now each others political adversary.

"All officials in the PCB do not know the ABC of the sport. I will talk to Imran Khan personally about the sad state of affairs. I will not leave anyone that is not right for our country," Miandad said in a video released on his YouTube channel.

Indirectly referring to PCB CEO Wasim Khan, he said: "You have brought a person from abroad, if he steals from us, how you will even catch him?"

"The players that are currently playing should have a big future in cricket. I don`t want these players to end as labourers in the future. They (PCB) have left players unemployed after dumping the departments and now they cannot offer employment themselves. I was saying this before as well but they didn't understand," he added.

The 63-year-old further accused Pakistan`s World Cup-winning captain of not paying adequate attention on how the PCB functions.

"I was your captain, you weren't my captain. I will come to politics and then I will talk to you. I was the one who led you all the time, but you act like God now. It is almost like you are the only intelligent person in this country as if no one has gone to Oxford or Cambridge or any other university in Pakistan. Think about the people," said Miandad.

"You don't care about the country. You came to my home and went out as a Prime Minister. I challenge you to deny this," he said.

"What's the meaning of being a Pakistani? To live and let live. Help your own. Be intelligent. I have echoed the nation's voice. I know it is difficult for common people to raise their voice, but I am at a position where I can raise their voice in front of the world," he added.