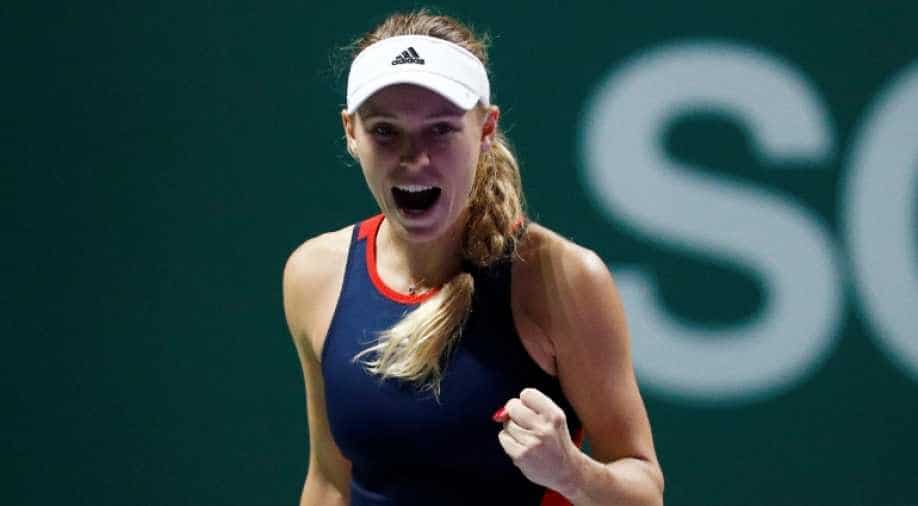 Her last win over the Czech fourth seed came at the 2014 WTA Finals.

Defending champion Caroline Wozniacki on Tuesday defeated Petra Kvitova for the first time in four years with a 7-5 3-6 6-2 victory at the WTA Finals in Singapore.

Wozniacki, 28, sealed the win in two hours and 19 minutes despite needing medical treatment on her knee during the second set.

Her last win over the Czech fourth seed came at the 2014 WTA Finals.

Elina Svitolina plays Karolina Pliskova later on Tuesday. Victory for Pliskova would leave Kvitova unable to qualify for the semi-finals.

Second seed Wozniacki, who lost to Pliskova on Sunday, took an early lead on her third set point after Kvitova had made 16 unforced errors.