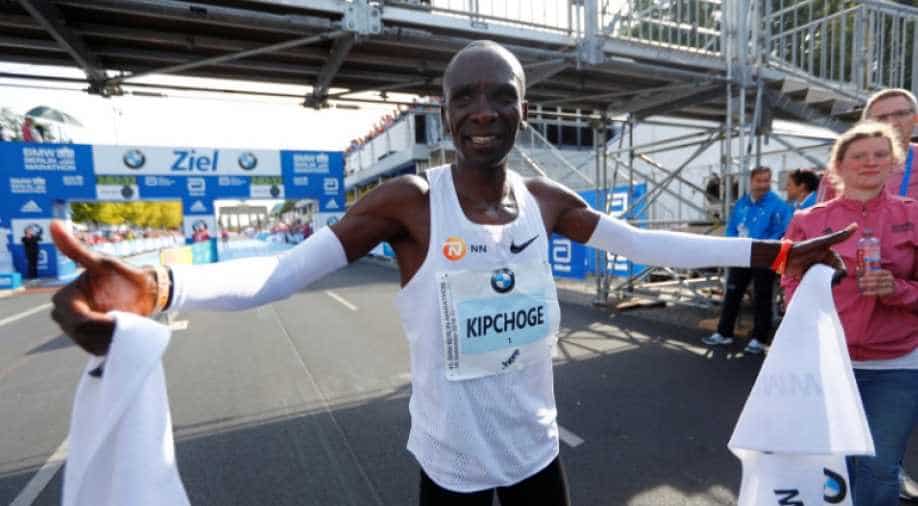 A file photo of Kenya's Eliud Kipchoge celebrating his win at the Berlin Marathon. Photograph:( Reuters )

The winners will be announced at a ceremony in Monaco on December 4.

The world's fastest marathon runner Eliud Kipchoge and world decathlon record holder Kevin Mayer are among five nominees for the IAAF's male athlete of the year, the federation announced on Tuesday.

The Kenyan and Frenchman are joined on the shortlist by the quickest person over 60m indoors American Christian Coleman, European pole-vault champion Armand Duplantis from Sweden and Asian Games 400m hurdles champion in Qatar's Abderrahman Samba.

The winners will be announced at a ceremony in Monaco on December 4 after voting from the IAAF's Council, IAAF members and the public.