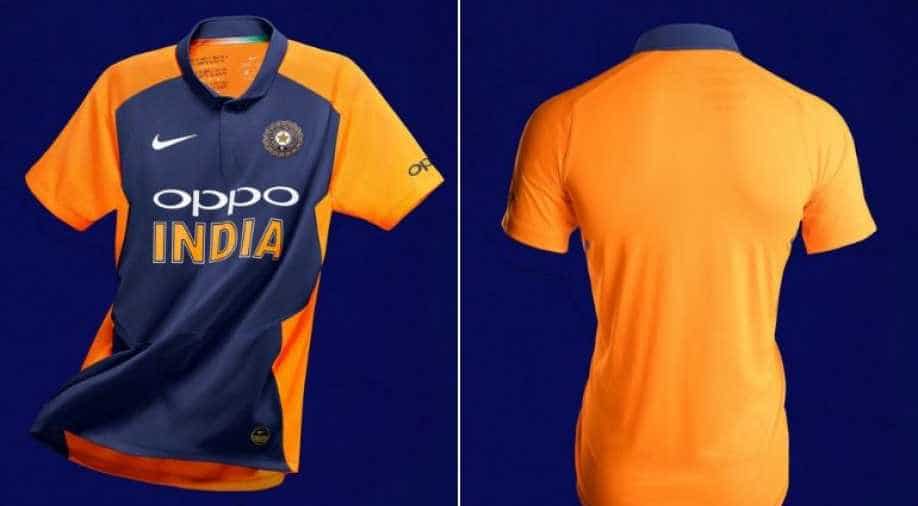 Virat Kohli-led Team India will sport orange jerseys instead of the usual blue in their World Cup clash against England on Sunday at Edgbaston.

The image of the jersey, which is predominantly orange with a tinge of blue, was shared on the official Twitter handle of The Board Of Control For Cricket In India (BCCI) two days ahead of the match.

The need for an alternative jersey arose after International Cricket Council issued a guideline before the start of the Word Cup, requiring teams to have two different uniforms for all its televised tournaments except hosts England.

"For televised ICC events all participating teams will be required to provide for two different coloured kits, except for the host country who has a preference in the choice of colour and may, if it chooses to do so, provide only one coloured kit to be worn in all matches throughout the event. In advance of the event the teams will be notified which coloured kit will be worn in each match," the ICC had said in a release.

The concept of multiple jerseys has been inspired from club football in which players choose their colour on a home and away basis.