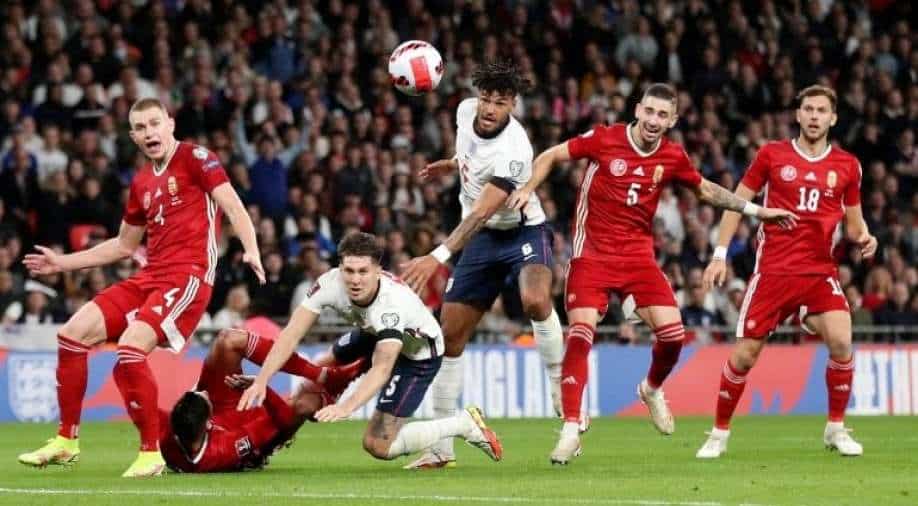 In the World Cup Qualifiers England drew with Hungary 1-1 and Sweden registered a victory against Greece by 2-0.

England dropped points for only the second time in their World Cup qualifying campaign as they were held to a 1-1 draw by Hungary at the Wembley Stadium on Tuesday.

Roland Sallai`s 24th-minute penalty gave Hungary the lead and the first goal in five competitive meetings with England, only for the Three Lions to reply 13 minutes later when John Stones equalised from an exquisite Phil Foden cross.

Alexander Isak made the difference as Sweden moved two points clear of Spain at the top of Group B. Sweden defeated Greece 2-0. Greece hit the post and crossbar before Isak won a penalty, which Emil Forsberg steered in. Isak then burst through a confused Greek defence to clip in the second, before Pantelis Hatzidiakos was sent off late on.

Elsewhere, Andorra recorded their biggest ever win in their 3-0 victory away to San Marino in Group I.