Wimbledon: Fun day at the office for Zverev as he reaches third round 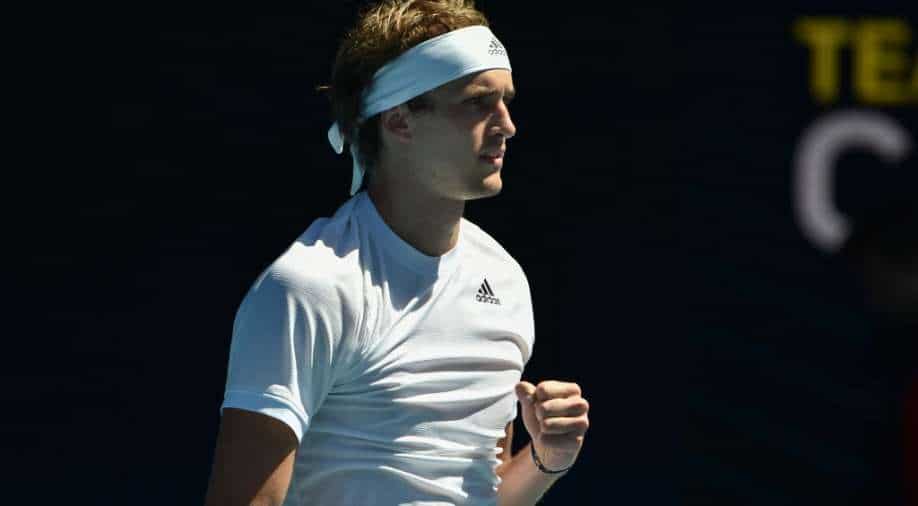 Despite being only 24, the German, seeded fourth at Wimbledon, is playing in his 24th Grand Slam tournament and so far it has been a slow grind.

The business of trying to win your first Grand Slam title can be a tough one as Alexander Zverev is all too aware.

Despite being only 24, the German, seeded fourth at Wimbledon, is playing in his 24th Grand Slam tournament and so far it has been a slow grind.

It looked like he was going to claim the long-predicted first major when he led Dominic Thiem by two sets in last year`s U.S. Open final, only to go down in five.

Yet while being an elite tennis professional is a serious business, there can still be some fun days at the office, as was the case against the aptly-named Tennys Sandgren on Thursday.

At times, Zverev`s 7-5 6-2 6-3 win over the American looked like an exhibition match with both players laughing and joking and interacting with the fans on Court Two.

It was a welcome relief from the intensity that usually comes with a Grand Slam clash and there were hints of comedy as Sandgren was docked a point after a ball fell out of his pocket while he was running towards the net.

"I`ve got a spare pair of shorts if you want," Zverev said to Sandgren, who kept up a running commentary during the match.

There will be more serious days ahead for Zverev, but on Thursday, at least, he could enjoy himself.

"I think it`s not common to have days like that, matches like that," Zverev, who has yet to drop a set in two commanding wins, told reporters. "But Tennys has a very good sense of humour. I think the British crowd have a great sense of humour.

"You can`t really do that if the crowd doesn`t have a great sense of humour. I do enjoy those kind of moments.

"Grand Slams are so serious, our sport is very, very serious because if you lose focus for a second the match can turn around very quickly. But I believe that (some humour) is also very good for our sport."

The clean-hitting German was always in command of an entertaining tussle once he broke Sandgren`s serve at 5-5 in the first set. From then on it was one-way traffic as Zverev reached the third round for the fourth time.

Sandgren entertained the crowd with some good-natured banter and could only chuckle when he made a complete mess of a Zverev miss-hit to go down a double break in the second set.

The German faced only one break point in the match and has yet to drop a set. He will face another American in the next round -- either 31st seed Taylor Fritz or Steve Johnson.

"Those are the kind of moments where I will need to step up and play even better."