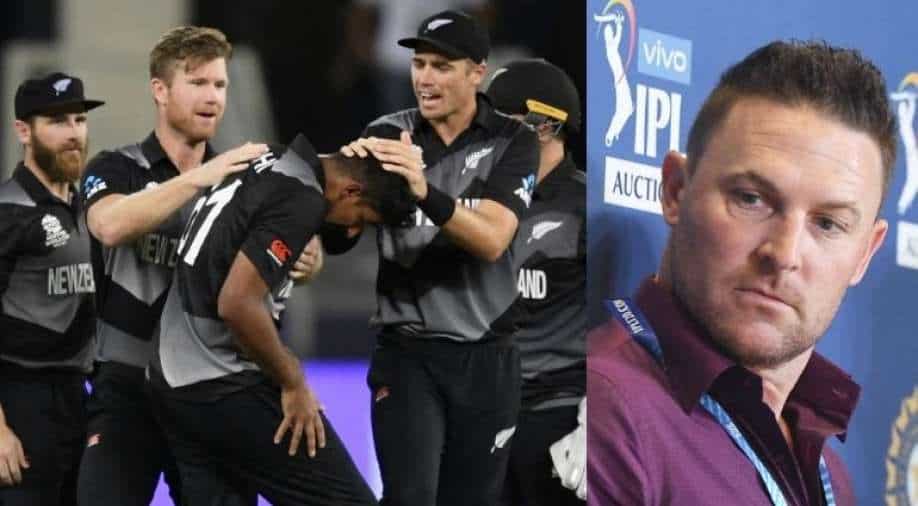 Australia chased down 172 with seven balls to spare against New Zealand in the T20 World Cup final.

Former New Zealand skipper Brendon McCullum is not happy with the lack of aggression on the part of the Kane Williamson-led side in the ICC T20 World Cup final against Australia, which the Kangaroos won by eight wickets on November 14.

McCullum, who is also the coach of Indian Premier League (IPL) side Kolkata Knight Riders, said on Tuesday that the Black Caps "didn`t fire any bullets" in the summit clash, which was a great opportunity for the team to bring home a second ICC trophy this year after the Kiwis won the World Test Championship defeating India in England.

Also Read: Had I reached the hospital 20 mins late, both my windpipes would have burst: Mohmmad Rizwan

Australia chased down New Zealand's 172 with seven balls to spare, with Mitchell Marsh playing an inspired knock, smashing an unbeaten 77 off 50 deliveries. And McCullum, a veteran of 100-plus Tests, 260 ODIs and 71 T20 Internationals, said that the opportunity went abegging because the Black Caps were not aggressive enough.

"I don't want to say we took a knife to a gunfight? we took a gun, but we didn`t fire any bullets," McCullum said on SENZ Breakfast on Tuesday. "They were a little bit timid. Just a missed opportunity, we didn`t fire the bullets we took."

The former Black Caps skipper said that the team should have been more aggressive in scoring runs.

"I just expected a bit more from (Martin Guptill), he got 28 off 35 balls in the final and that in isolation doesn`t look great. But then when you strip it down, he was 16 off 15 to get underway in the final, and then his next 20 balls he scored 12 runs, that`s the time where you need to be accelerating, and all it did was (take) the air out of us. (That was) the most glaringly obvious part of our batting."

"When you take on the Aussies, you`ve got to be prepared to risk failure to overcome them. They are not going to hand it to you. I`d just like to see us be more aggressive in those situations," he added.