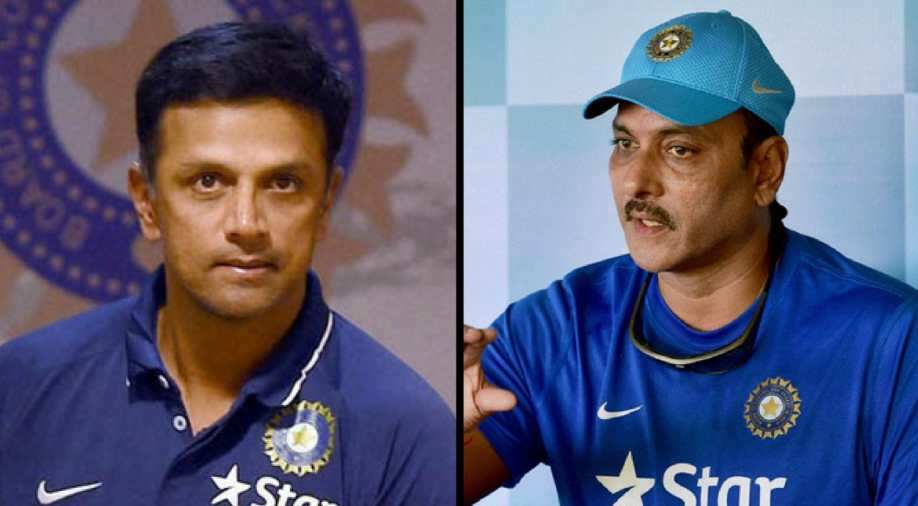 Rahul Dravid to not replace Ravi Shastri? Reports suggest so Photograph:(Agencies)
Follow Us

Ravi Shastri's tenure as Team India head coach will end soon after the T20 World Cup. Shastri came into the picture as a full-time head coach in mid-2017, replacing Anil Kumble, and has led India to various victories across formats along with captain Virat Kohli.

With Shastri's contract coming to an end after the marquee event and reports suggesting that the former cricketer isn't willing to extend his contract, some big names are expected to join the race to become Team India's head coach. Among them, Rahul Dravid is being considered as the strongest contender to replace Shastri.

For the unversed, Dravid also served as the stand-in head coach of a second-stringed Indian team during their Sri Lanka tour in late July. Thus, BCCI chief Sourav Ganguly shared a big update on whether Dravid is in-line to replace Shastri post the T20 WC in the UAE.

"I understand he’s not interested (in the job) on a permanent basis.… But we haven’t asked him about it specifically. We will see when we come to it," Ganguly told The Telegraph.

The ardent Indian cricket fans are desperate to see Dravid take over from Shastri. The current National Cricket Academy (NCA) head Dravid has coached India A and the U-19 side in the past, from 2016-2019. Under his coaching, Prithvi Shaw-led India won the U-19 World Cup in 2018. It will be interesting to see if the former Indian captain gives his nod to serve as India's head coach post following Shastri's tenure.