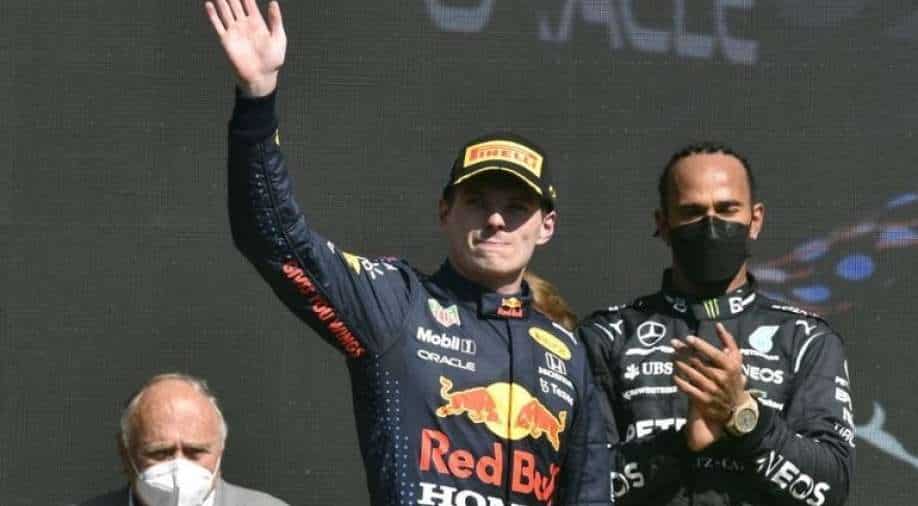 Hamilton was cruising to victory when Nicholas Latifi's crash on lap 53 of the 58-lap race brought the safety car on to the track.

The controversial end to an epic title fight in the 2021 season has not gone down well with India's first Formula 1 driver Narain Karthikeyan.

A series of questionable race control calls were made at the season finale in Abu Dhabi on Sunday when Max Verstappen passed Lewis Hamilton on the final lap to win his maiden title and deny the Briton a record-breaking eighth crown.

"How the entire situation unfolded, it seemed like they wanted Max to win. It was a great battle for the championship but what happened yesterday it wasn't sport. You need close battles in Formula 1 but it has to be fair at the same time," Karthikeyan told PTI.

Hamilton was cruising to victory when Nicholas Latifi's crash on lap 53 of the 58-lap race brought the safety car on to the track.

In a last throw of dice, Red Bull pitted Verstappen for soft tyres after the safety car was deployed while Hamilton stayed out on his worn out hard tyres.

In what could go down as the most controversial call of the Formula 1 decade, race director Michael Masi allowed five backmarkers to unlap themselves on the penultimate lap, making it much easier for Verstappen to make the move on Hamilton.

As per the rules, the safety car should have gone back on the following lap which was the last lap of the race.

"Unless the clerk of the course considers the presence of the safety car is still necessary, once the last lapped car has passed the leader the safety car will return to the pits at the end of the following lap," the rule states.

The social media was a divided space post the finale with some calling Mercedes' race strategy too safe. However, Karthikeyan feels Mercedes were right to not let Hamilton pit following the crash.

"What Mercedes would have done, Red Bull would have done the opposite and stayed out to take track opposition so it was too risky. Lewis had so much pace and hard tyres had life of 50 laps so why should you give that up?

"Before the safety car the gap was still more than 11 seconds between Hamilton and Verstappen. What happened was not fair and Lewis would have been deserving eight time champion with due respect to Max who is a very quick driver," said the 44-year-old who race in Formula 1 over three seasons between 2005 and 2012.

Interestingly, Hamilton's race engineer Peter Bonnington had worked with Karthikeyan during the Indian's debut season with Jordan in 2005.

"Lewis' race engineer was my race engineer during my first season with Jordan. He is a very clever guy and made all the right calls."

Like many after the title showdown, Karthikeyan also remembered former race director, the late Charlie Whiting, and said he would have handled the pressure situation much better.

"This is what happens when you are under pressure. He (Michael Masi) was being bombarded from all sides on the radio."
So, what should be done going going forward?

"Each scenario is different. They need a strong a guy at the top. That is what everyone said if Charlie Whiting was there, it would be much more fair. He never relented to teams' pressure.

"On the open channel, he would have ignored the constant pushing from the teams and carried on with his job. These situations are bound to happen, the race control should have been more prepared for a situation like yesterday. It should not have ended the way I did.

"We can give them the benefit of doubt that he was not siding with anyone yesterday and the calls were just made under tremendous pressure and it went terribly wrong.

"If you leave all the controversy aside, Lewis surely deserved to win if you look at the race in general. It was definitely his race. So not a fair result," Karthikeyan added.