‘Well played sir, may you coach more wherever you are’: Sachin Tendulkar pays tribute to Ramakant Achrekar 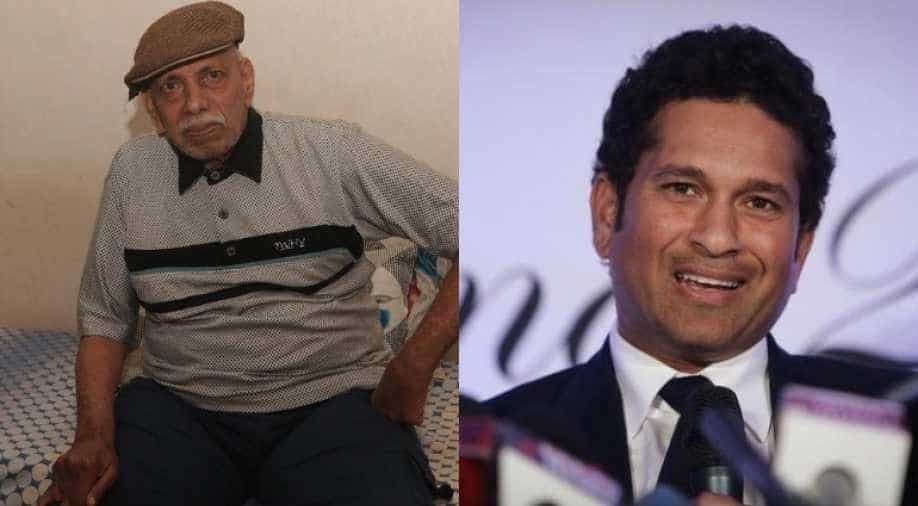 Ramakant Achrekar competed in just one first-class match but was instrumental in moulding Sachin Tendulkar as a child, often driving him to stadiums on his scooter.

“Cricket in heaven will be enriched with the presence of (Ramakant) Achrekar sir,” said iconic former batsman Sachin Tendulkar as he paid an emotional tribute to his childhood coach who passed away Wednesday.

Achrekar, 87, died in Mumbai due to old age-related ailments.

“Like many of his students, I learnt my ABCD of cricket under Sir’s guidance,” said the Dronacharya awardee’s most famous ward, in a statement.

“His contribution to my life cannot be captured in words. He built the foundation that I stand on,” he added.

You’ll always be in our hearts. pic.twitter.com/0UIJemo5oM

Tendulkar, unarguably the greatest batsman in modern cricket, was coached by Achrekar at the Shivaji Park in Mumbai’s Dadar as a child.

The iconic cricketer, who is now retired, has been quite vocal about the coach’s contribution in shaping him. As a player, Achrekar competed in just one first-class match but was instrumental in moulding Tendulkar as a child, often driving him to stadiums on his scooter.

“Last month, I met Sir along with some of his students and spent some time together. We shared a laugh as we remembered the old times,” he said. “Achrekar sir taught us the virtues of playing straight and living straight. Thank you for making us a part of your life and enriching us with your coaching manual.

“Well played Sir and may you coach more wherever you are,” he signed off.