We need to worry about lesser-known opponents at CWG: Prannoy 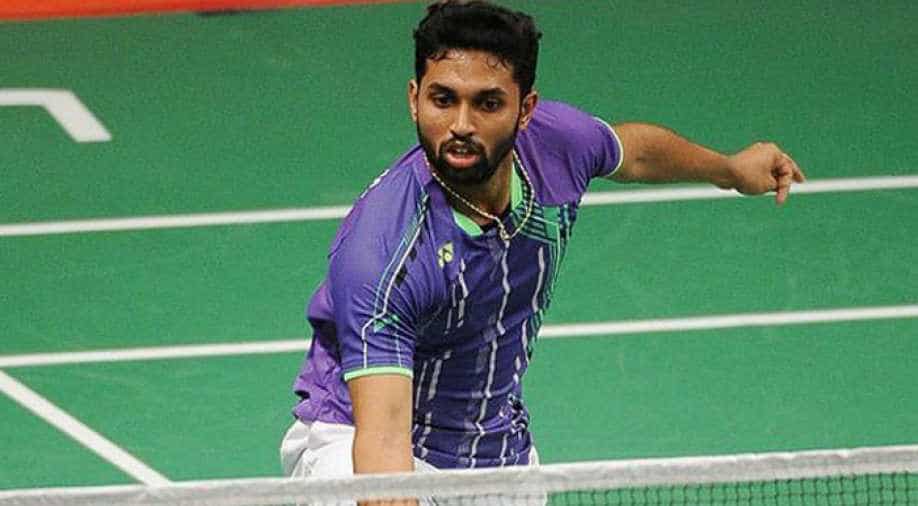 HS Prannoy is not worried about familiar foes such as three-time Olympic silver medallist Lee Chong Wei, and says it is the surprise element of the unheralded shutters, who could pose a bigger threat to his medal aspirations at next month's Commonwealth Games.

Set to make his CWG debut, Prannoy said he is in good shape but would not take any player lightly, especially the lesser-known ones.

"There are many players such as Rajiv Ouseph and Lee Chong Wei who have played in the past at CWG. But it is the others who we should be wary of. There are others who are actually good and can trouble you on certain days because you don't know how they play," Prannoy told PTI.

Last season, Prannoy made the transition from a rare talent to an emerging star when he outclassed two stalwarts former world no 1 Chong Wei and Olympic gold medallist and two-time world champion Chen Long of China in successive days to reach the semifinals at Indonesia Super Series.

His victories became part of the badminton folklore as he emerged as the first Indian to beat the Big Three Chong Wei, Chen Long and Lin Dan (2014 French Open).

His twin wins cleared the way for compatriot Kidambi Srikanth, who grabbed the opportunity and clinched the premier title his first among the four crowns that he won last season.

Prannoy continued his impressive run and stitched together consistent performances to reach the quarters and semifinals regularly.

He clinched the US Open Grand Prix Gold, before dispatching Chong Wei again at the Denmark Open, putting to rest all doubts about his prowess.

Despite being laid low by foot warts, Prannoy showed tremendous grit as he recovered quickly and dished out some sensational performances at the All England Championship last week, to reach his maiden quarterfinals.

"I didn't give much thought before the All England because I had started training after recovering from foot corns just a couple of weeks before the tournament," he said.

"But CWG should be good. I'm very happy to be in the CWG team. I have good time to prepare. In the next few days, I will put in more effort in training and be in better shape. I am looking for good six days of badminton."

The first spark in Prannoy was seen by his father, a former All India Air Force champion and a self-taught coach, who taught his son the initial tricks of the trade.

From a promising youngster winning a silver medal at the 2010 Youth Olympics, Prannoy is now one of the most dependable shuttlers, ranked 12th in the world and second only to world no 2 Srikanth in India.

His journey in the senior circuit has been ridden with injuries and heartbreaks and they affected his training and progress. A knee injury in 2011 before the nationals was followed by a back injury in 2012, which took more than half a year to heal.

The following year, Prannoy reached the finals of the Tata Open. In 2014, a series of semifinal appearances at Bitburger, India Open Grand Prix Gold, Macau and a final berth at Vietnam was followed by a maiden Grand Prix Gold win at Indonesia, which saw him knocking on the top 20 bracket.

However, another injury-marred year followed, but he still managed to reach a career-best world ranking of 12. The highlight of the season was his sensational win over two-time Olympic champion and five-time world champion Lin Dan of China at the French Open opener.

Next year, Prannoy clinched the 2016 Swiss Open but again sustained a toe injury at the Singapore Open and subsequently missed the Thomas Cup.

He was in rampaging form at the 2017 Premier Badminton League in January but injuries to his knee and toe once again came back to haunt him. However, his decision to skip a few events in Malaysia and Singapore and regain full fitness under the watchful eye of Indonesian coach Mulyo Handono showed results as he exploded in Indonesia.

The 25-year-old from Kerela also clinched his maiden National title, beating Srikanth in the final. He was in good form in the PBL 2018 but then developed foot warts, which saw him completely skip events at Malaysia and Indonesia and only turn up for appearance's sake at India Open.

"It's not easy to recover from injuries, train and reach top 20. I am happy the way I come back after each injury and I might not have won a super series tournament but I always believe something big will happen," Prannoy said.
Ahead of the Commonwealth Games, Prannoy said he is not thinking much about the event and put undue pressure on himself.

"Pressure of a big event is different as there are expectations. So it is better I don't think about it and just go and play my natural game," he signed off.