We are Liverpool, we don't fear anyone: Sadio Mane 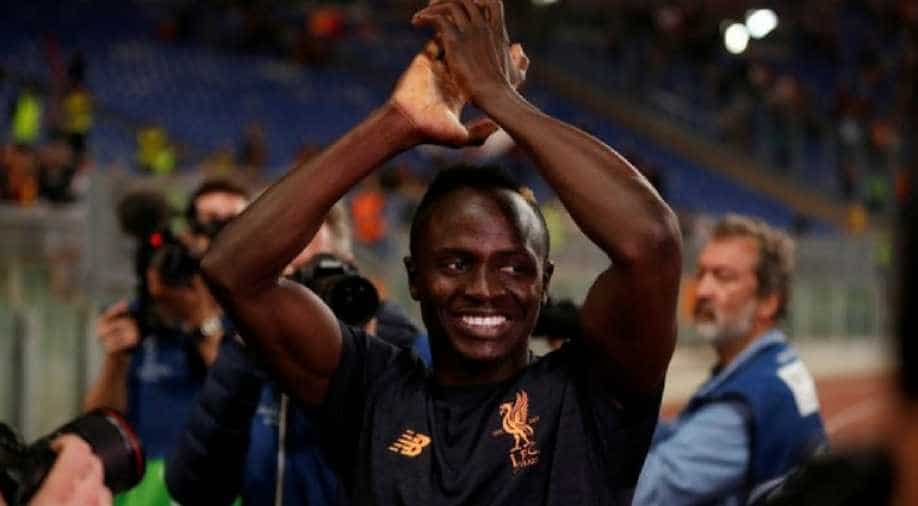 Liverpool feels they can beat any team in the world at the moment and will play without fear in the Champions League final against 12-times winners Real Madrid later this month, winger Sadio Mane has said.

The Spanish giants are chasing their third European title in four years but Mane said Liverpool, who have scored 40 goals in this year's competition, were charged with confidence heading into the finale in Kiev on May 26.

"We honestly believe we can beat them," the 26-year-old Senegalese told British media.

"I can say at this moment we do have a lot of respect for Madrid, they are one of the best teams in the world, but we are Liverpool – we are strong and we can beat any team in the world.

"We are going to go there and fight for the fans, for the club, fight without fear and win the final. We have the players. We can score goals, we have shown that and there is nothing to be afraid of for us."

The Merseyside club won the European Cup four times in their heyday of the 1970s and 1980s but their Champions League triumph of 2005 bucked a trend of underperformance by the club at the very highest level over the last couple of decades.

Liverpool defender Dejan Lovren has hailed Juergen Klopp for transforming the club as they target their first piece of silverware under the German manager.

Klopp's side lost the final of the League Cup and Europa League in 2016 but Lovren reckons the manager has already forged a winning mentality at the club.

"He has changed many things in the club, not just the players but things around the club - people, he has changed the mentality, how we think," the Croatian told reporters.

"He deserves this. It is not accidental that he already reached the final of the Champions League in 2013 with Borussia Dortmund. He has given the club pride back. Everyone should be proud that we have a manager like him."