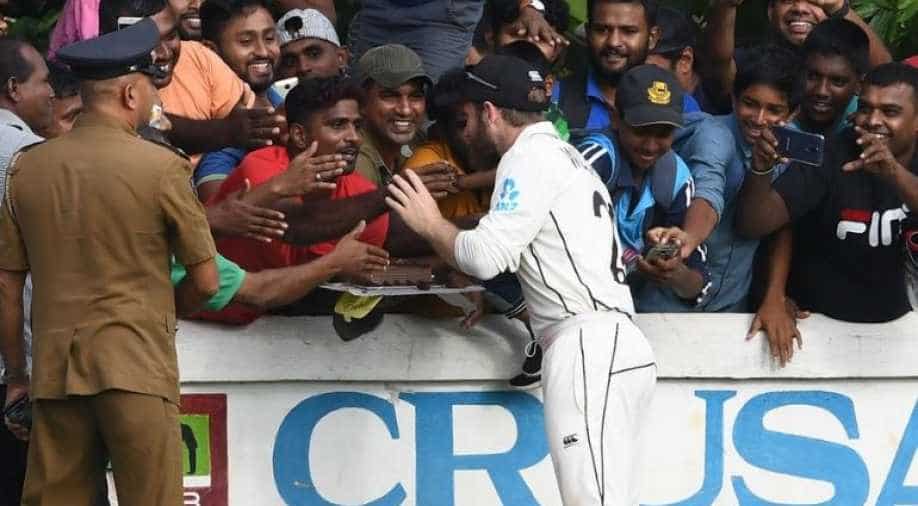 A group of fans at Katunayake's Air Force Ground had gathered with cake on the sidelines of the stadium. During the drinks break, Williamson walked up to the fans and cut the cake and also posed for selfies.

Ahead of the Test series, Williamson-led team and Sri Lanka Board Presidents XI are playing a three-day practice match.

Sri Lanka Cricket tweeted pictures of the moment and wrote: "What a way to celebrate the Birthday! Kane Williamson celebrates his 29th with Sri Lankan fans eating a piece of Cake with them during the warm-up! @BLACKCAPS."

New Zealand are touring to Sri Lanka to play two Tests and three T20 Internationals. The first Test against will be played in Galle starting August 14, and the second will begin on August 22 at Colombo's P Sara stadium.

Kane Williamson - The most loved cricketer in the world celebrating his 29th birthday in an unusual way. #Champion #SLvNZ @BLACKCAPS @ThePapareSports pic.twitter.com/ZWaQbqyXPn

Sri Lankan 🇱🇰 Cricket fans gets Kane Williamson a cake 🎂 for his 29th birthday. He takes a bite between overs. 🏏 #Cricket https://t.co/klIcumrkqR pic.twitter.com/EI2BPMPb6H

Williamson was hailed for his graceful acceptance of New Zealand's heart-breaking defeat against England via boundary count in the final of this year's 50-overs World Cup.