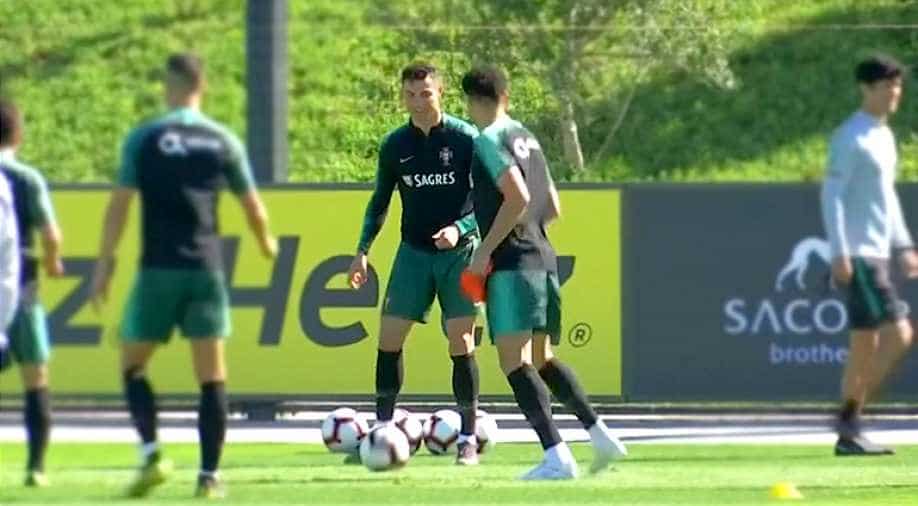 Look who's back - Ronaldo returns to Portugal squad Photograph:( Reuters )

Ronaldo had not been included for any games in the second half of last year following the 2018 World Cup.

Cristiano Ronaldo trained with the Portugal squad on Tuesday (March 19) for the first time since his recall to the national team last week.

The 34-year-old, who is Portugal's most capped player with 154 appearances and all-time leading scorer with 85 goals, had not been included for any games in the second half of last year following the 2018 World Cup.

Coach Fernando Santos had initially said that a mutual decision had been made to give Ronaldo a rest following his move from Real Madrid to Juventus but had been ambiguous about the player's future when questioned in November.

Portugal continued to flourish without Ronaldo, winning their Nations League group against Poland and Italy with a game to spare to qualify for the final four-team tournament which the country will host in June.

Ronaldo was charged by UEFA on Monday over his goal celebration during Juventus' 3-0 win over Atletico Madrid last week.