Wang Qiang downs Svitolina for biggest win of the year 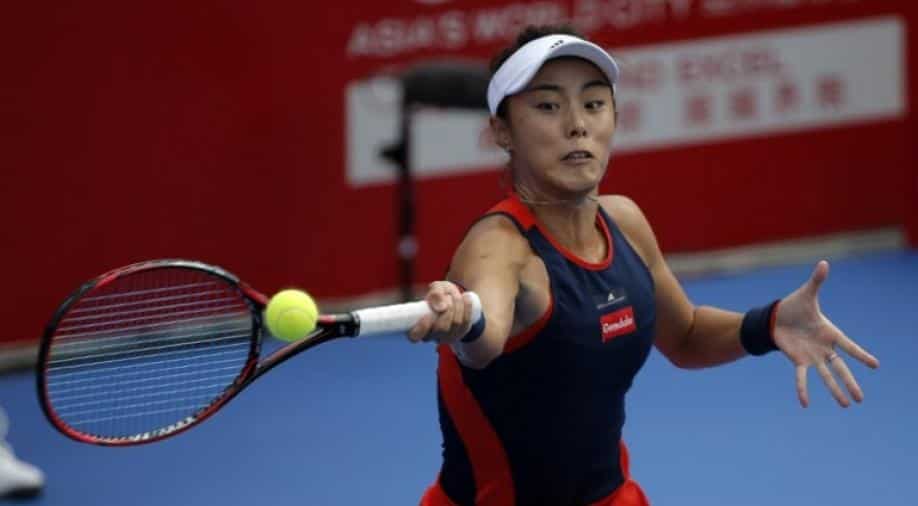 Chinese number one Wang Qiang wrapped up the biggest win of her season Saturday, after an overnight rain delay forced her to wait to claim victory over world number five Elina Svitolina at the Hong Kong Open.

She needed just 10 minutes on court to end the Ukrainian's resistance, sealing the 6-2, 6-4 quarterfinal win with an ace.

The 26-year-old was serving for the match at 5-2 in the second set when the heavens opened Friday evening.

She was unable to capitalise on her stay of execution despite breaking Wang to go 3-5 and then holding her own serve.

The Rome champion, who had been hoping to sew up qualification in Hong Kong for the WTA Finals, said Saturday that she was "fighter" and had come back on court believing he still had a chance.

"But in the end (Wang) had the advantage, she had the confidence definitely," Svitolina said.

"Yesterday she was playing really great tennis -- I was missing a lot, my game was really off."

She added: "It was a really bad performance from me so I was very disappointed that I couldn't play even 20 percent of the game that I can play."

Wang, the world number 24, grabbed headlines at the French Open with her straight-sets demolition of Venus Williams, offering a hint of what was to come, and later overcame Karolina Pliskova in both Beijing and Wuhan.

She also beat Caroline Wozniacki in 2013 aged just 21 when the Dane was ranked number 10.

The Hong Kong quarter-final was a repeat of August's US Open third round contest, which the Ukrainian won in straight sets, but here the tables were turned with Svitolina receiving a tennis masterclass from her opponent.

Both players came to the tournament in hot form, with Svitolina winning two WTA titles in just four months. She is battling four other players, including Pliskova, for the final three places at the WTA Finals in Singapore later this month.

Svitolina, who is now looking for a tournament wild card to boost her Singapore chances, is also in the hunt for a new fitness and main coach for next season.

It was her second career title after beating compatriot Zheng Saisai at the Jiangxi Open in July.

She has said she is aiming to break into the top 20 in the new year.