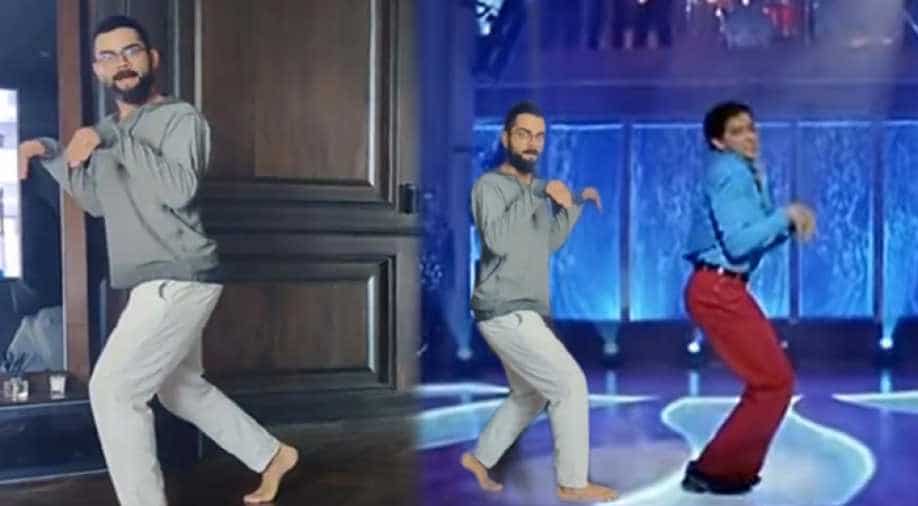 Twitterati went on a laughing riot after witnessing Virat Kohli in a new, hilarious avatar after Anushka Sharma shared his video, and came up with some rib-tickling memes on the Indian skipper.

With no live cricket on the plate, star cricketers have been taking to various social media platforms to show their creative sides while interacting with their fans on regular basis to keep them engaged with the gentlemen’s game. Indian skipper Virat Kohli was seen walking like a dinosaur in his house after his wife and Bollywood superstar Anushka Sharma shared a video on Twitter, which went viral in no time.

Twitterati went on a laughing riot after witnessing Kohli in a new, hilarious avatar and came up with some rib-tickling memes on the Indian skipper. While thousands of likes and retweets followed, fans made sure they immortalize the moments by taking Kohli for a ride to the world of memes.

“I spotted .... A Dinosaur on the loose,” Anushka captioned the video and the post was bombarded with reactions as fans were left laughing out on their floors.

I spotted .... A Dinosaur on the loose pic.twitter.com/mrYkICDApw

This is how I am going in my house after a late night party.#fun #humor #ViratKohli pic.twitter.com/iwA7smdScE

Who did it better

@AnushkaSharma I made this for your husband I hope @imVkohli will evolve fast 😌https://t.co/FTiAdqDvYh pic.twitter.com/8Lu2HJn3gz

RT when you see him pic.twitter.com/XpAa8dmpU1

Meanwhile, the BCCI is working with the state associations for a smooth resumption of players’ training after the Indian government allowed sports complexes and stadia to re-open in the fourth phase of the lockdown in the country. Even though no fans would be allowed inside the stadiums and plans to resume competitive cricket still being drawn, players would be allowed to train locally.

Speculations are rife that the Indian cricket board is looking for an alternate window to conduct the Indian Premier League (IPL). The money-spinning T20 tournament was suspended indefinitely due to COVID-19 pandemic and a lot will depend on the fate of ICC T20 World Cup if the BCCI wants to conduct the showpiece annual T20 event.