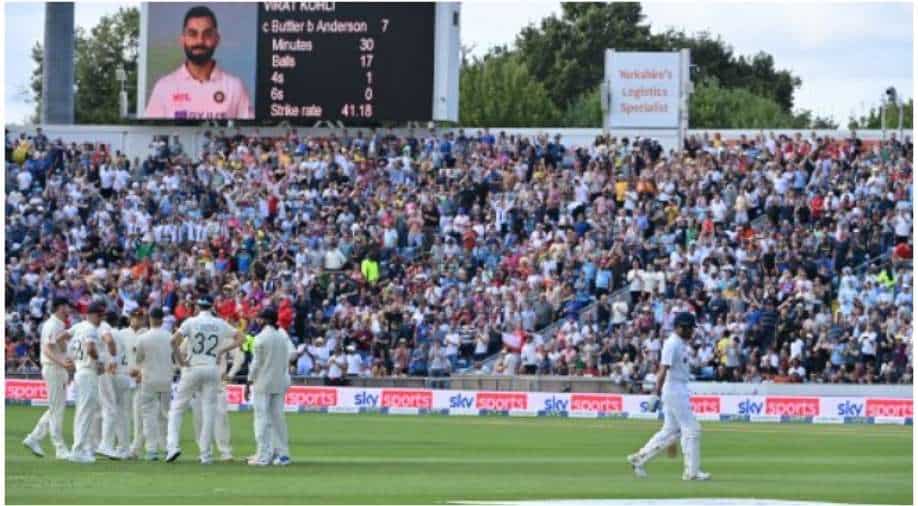 Madan Lal, who played 39 Tests for India, added that India might have misread the conditions but there are still four days of play left in the Test and Indian batsmen can still make a comeback.

Following the highs of Lord`s Test win, India`s star-studded batting order came a cropper on Wednesday as they got bundled out for a paltry 78 on the opening day of the match in Leeds. Barring Rohit Sharma (19) and Ajinkya Rahane (18), none of the batsmen could reach the double-digit mark while skipper Virat Kohli could only score seven runs.

England then gained advantage by reach 120 runs without losing any wicket by the end of the day`s play.

Madan Lal said Kohli took a chance by opting to bat first after winning the toss as he felt England will feel the pressure of batting in the last innings but the captain must be among the runs himself soon to realise such a plan in tricky English conditions.

"If you look at the condition of Leeds, history says you lose quick wickets in the morning session. Virat, maybe, took a chance because England didn;t score too many runs in the last Test, and you cannot say you lose the match because of the toss, you didn`t bat well at the same time. Your middle order is not getting runs because the main batsman, Virat, is not getting runs and we expect him to get runs," the former all-rounder told IANS.

Madan Lal felt it would have been wiser to bowl first after winning the toss as conditions were in favour of the pacers to excel and English bowlers made the most of it with the likes of James Anderson and Craig Overton taking three wickets a piece.

"I think England bowled really well. There are still four days left in the game. In Leeds, what captains mostly do in these types of conditions is that when they win the toss, they opt to bowl first because in such wickets the ball swings a lot at the beginning," he said.

However, Madan Lal, who played 39 Tests for India, added that India might have misread the conditions but there are still four days of play left in the Test and Indian batsmen can still make a comeback.

"And maybe you can say they have misread the conditions and other things, but there are four days left and at the end of the day middle order has to take responsibility to score runs if you want to win this series," he added.