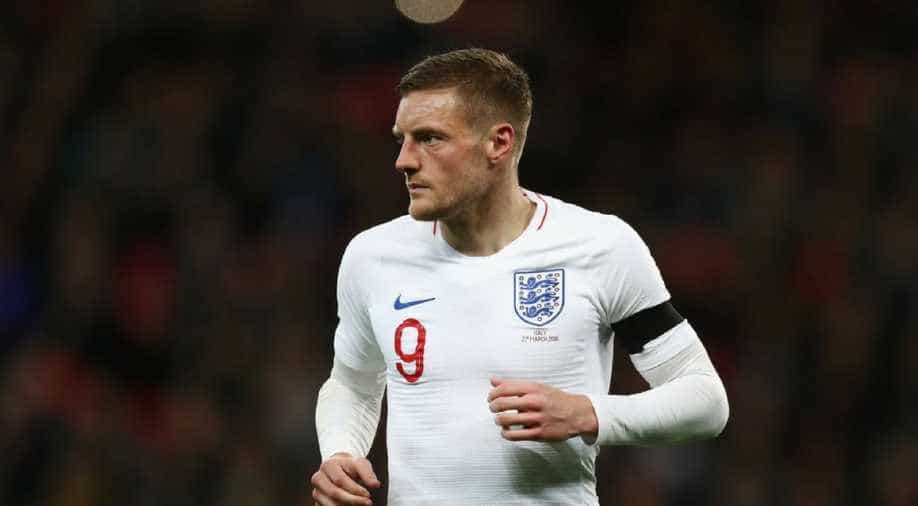 England striker Jamie Vardy believes the use of Video Assistant Referee (VAR) leaves players and fans with little idea of "what is going on" just three months before the system is to be used at the World Cup.

Vardy's first-half strike had England on course for another fine World Cup warm-up friendly result against four-time world champions Italy on Tuesday, until the visitors were awarded a penalty three minutes from time on video review.

German referee Deniz Aytekin overturned his original decision not to point to the spot when Federico Chiesa tumbled under the challenge of debutant James Tarkowski.

Aytekin came to the side of the pitch to review the decision himself and took less than two minutes to change his mind before Lorenzo Insigne dispatched the spot-kick to earn a 1-1 draw for the visitors.

However, Vardy believes the process still needs to be improved for those inside the stadium.

"They say they are using it at the World Cup so we have used it tonight," said Vardy. "Most of it is down to players and supporters not knowing what is going on.

"It is okay to come up and say VAR is in use but no-one knows what it is going on. It is obviously taking time as well, there were five minutes added on."

According to the rules regarding VAR, only clear and obvious mistakes should be reviewed.

And Southgate also called for better communication with fans inside the stadium, claiming those watching at home are currently more informed than the paying public.

"A better way of communicating with fans in the ground (is needed)," said Southgate.

"That was a little better tonight because at least they knew something was going on, but I think ideally in other sports there is a clearer communication with those in the stadium.

"When those at home have a better idea of what is going on than those in the stadium, I'm not sure that's the right thing."