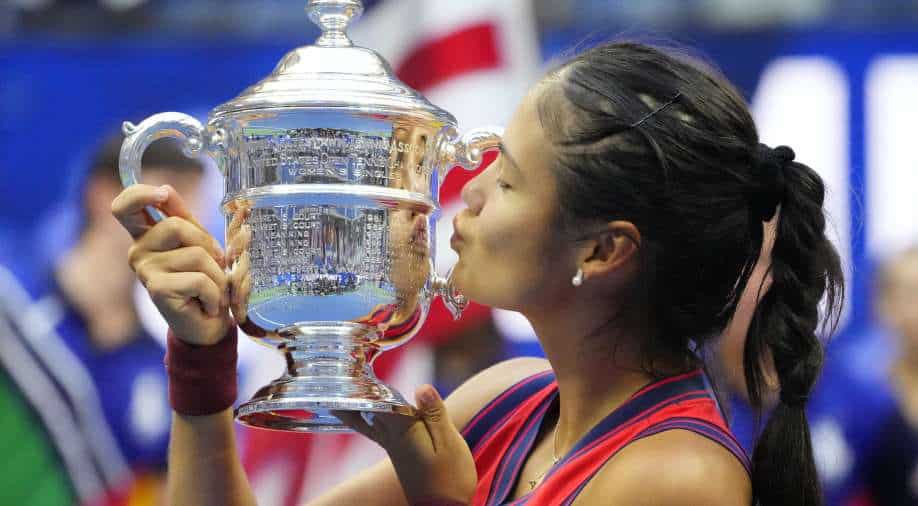 After her historic US Open title, Emma Raducanu showed a glimpse of her mandarin and shared a message for fans across the globe courtesy a video.

US Open 2021 came to an end recently and the marquee tournament saw some emphatic performances from the younger brigade. While Russia's 25-year-old Daniil Medvedev stunned Novak Djokovic and ended the Serbian's bid to complete a calendar-year Grand Slam, first in men's tennis since 1969, the teenage sensations Emma Raducanu and Leylah Fernandez made a mark in women's singles.

It was the clash of two teenagers in the women's singles category, where Britain's Emma Raducanu defeated Canadian Fernandez 6-4, 6-3 in straight sets to win her first-ever major career title. Following her magnificent victory over Fernandez at the US Open, Raducanu displayed a glimpse of her Mandarin. The 18-year-old spoke the language really well and delivered a message to her fans through a video. “Hi, everyone. I wanna say thank you to you guys and I hope you could enjoy my tennis. I’m thrilled to win. Love you all, see you,” said Raducanu in the message.

Emma Raducanu effortlessly sending a message in Mandarin to her fans around the world after a full day of media duties.

For the unversed, Raducanu is a British citizen, however, she has connections with China as her mother belongs from Shenyang, a province in China. Hence, Raducanu has such a strong command over the language and spoke in mandarin fluently, making heads turn especially for those unaware of her Chinese connection.

Raducanu, following her US Open title, has moved as many as 127 spots in the WTA rankings to attain the 23rd position whereas his rival and runners-up Fernandez now acquires the 28th spot.