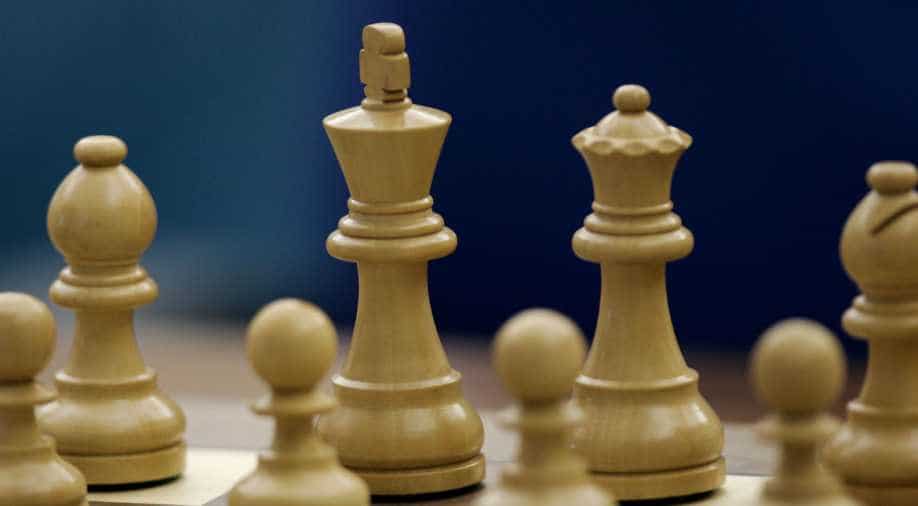 In the Juniors section, the leader, Maharashtra's Sankarsha Shelke settled for a draw, with the third seed Aronyak Ghosh of West Bengal. Photograph:(Getty)
Follow Us

Neverov chose to play a Catalan against Ghosh, where black got a chance to repeat the position thrice early in the opening, which resulted in a draw. The position after 12 moves has been witnessed in 2,000 games.
Ghosh saw no reason to push with the black pieces during the game and decided that he should repeat the position.

Bernadskiy unleashed a Symmetrical English and slowly outplayed the Tamil Nadu international master Shyaamnikhil in the middle game and endgame.

The Tamil Nadu youngster Tarun V Kanth delivered yet another good performance to hold IM Sayantan Das, who is rated approximately 400 points above the former.

The 14-year-old Tarun thus remains part of a group of seven players pursuing the leaders in the second place with 5.0 out of 6 points.

In the Juniors section, the leader, Maharashtra's Sankarsha Shelke settled for a draw, with the third seed Aronyak Ghosh of West Bengal.

This allowed Pranav V of Tamil Nadu to beat Dhanush Ragav to join Sankarsha in the lead. After seven rounds, both Sankarsha and Pranav lead the tournament with 6.5 out of 7 points.